The I-10 Corridor Express Lanes Project is Underway

Over the next 25 years, the population of San Bernardino County is expected to grow by more than 500,000 people, and according to the U.S. Department of Transportation, the number of registered vehicles in the County will grow by 370,000 during this time period.

The I-10 Corridor is the main thoroughfare in San Bernardino County, serving on average 265,000 daily local, commuter, and interstate travelers; it is a critical link within the Inland Empire. It also serves as a major trucking route between Southern California and the rest of the country.

Growth forecasts show that for cities along the initial phase of the I-10 Corridor Project (Montclair, Ontario, Rancho Cucamonga, and Upland), population will grow by 38% by 2040, and employment will grow by 54%. 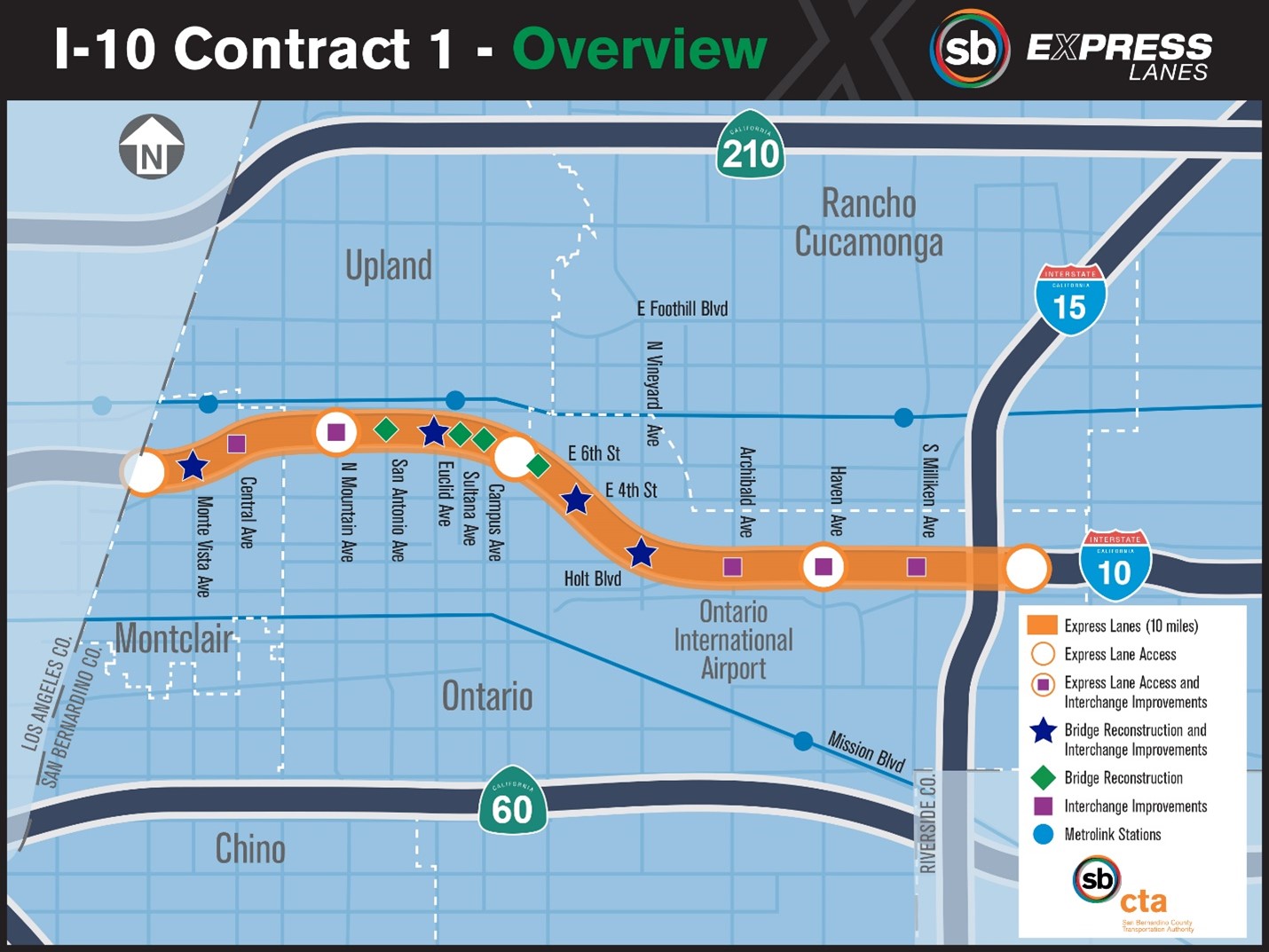 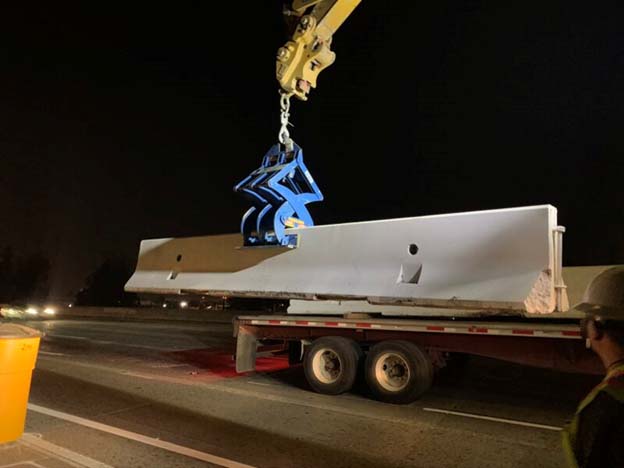 New K-Rail is placed on I-10 at the onset of the work on the expansion project. Photo courtesy of SBCTA.

SBCTA and Caltrans awarded the project to the joint venture of Lane Construction and Security Paving Company, who are currently designing and constructing 11 miles of two Express Lanes in each direction of I-10 from the Los Angeles/San Bernardino County line to east of the I-10/I-15 interchange. The existing HOV lanes will be repurposed to Express Lanes. 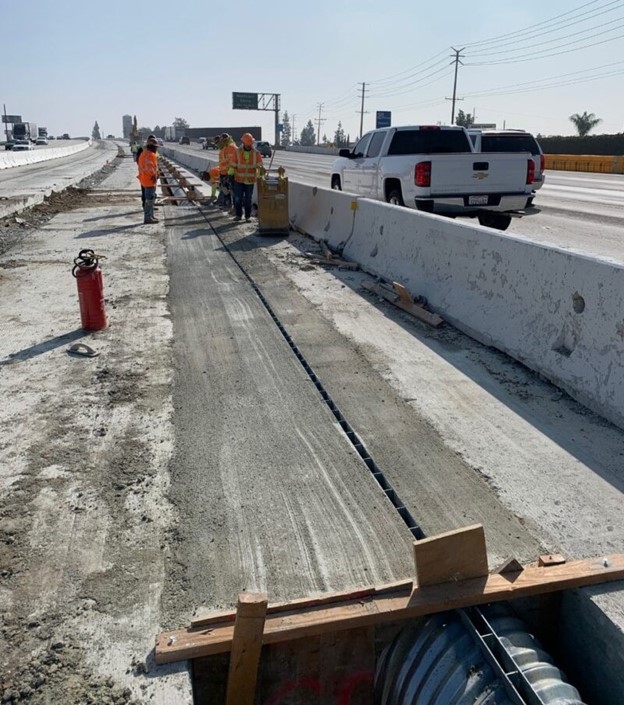 New K-Rail is placed on I-10 at the onset of the work on the expansion project. Photo courtesy of SBCTA.

These improvements are primarily in San Bernardino County with minor improvements in Los Angeles County to accommodate the roadway transition from HOV lanes to the planned Express Lanes. The project will reconstruct and/or modify existing ramps at 10 interchanges, seven local arterials, and 26 structures, including box culverts. More than 78,600 feet of new drainage will be constructed, along with new or reconstructed retaining walls and sound walls. In addition, Security Paving will coordinate with the tolling services provider to install and establish the toll lanes. 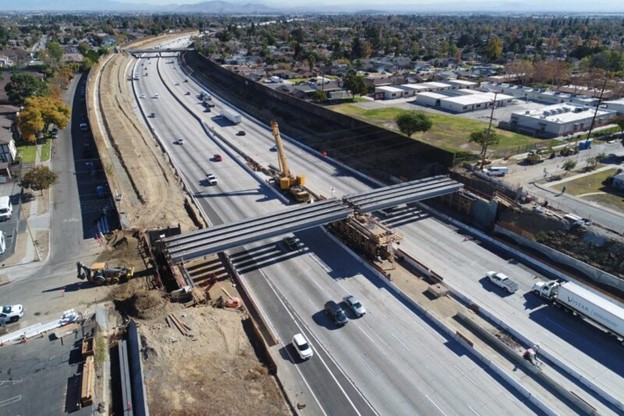 Girders are installed in the construction of the new, wider Sultana Avenue Bridge. Photo courtesy of SBCTA.

Lane Security Paving JV will be placing Jointed Plain Concrete Pavement (JPCP) with dowel and tie bar baskets for the Express Lanes and median shoulders. The JV team will use 7,861 tons of rebar steel and 670,000 tons of concrete in the new construction. 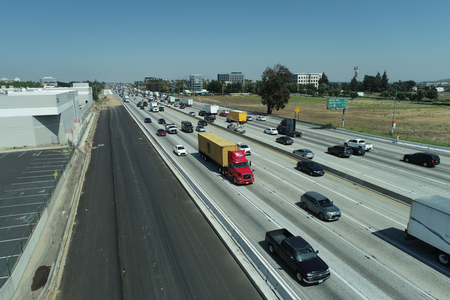 Grading takes place on the additional lanes that will be added in the I-10 Corridor Express Project. Photo courtesy of Lane Security Paving JV.

Eighteen bridges throughout the corridor will either be replaced, widened, or improved to accommodate the additional new Express Lanes of the highway.

Once completed, the project is expected to reduce traffic congestion, increase throughput, enhance trip reliability, and provide long-term congestion management of the corridor in the Inland Empire. Construction started in 2020 and is projected to be completed by the end of 2023. 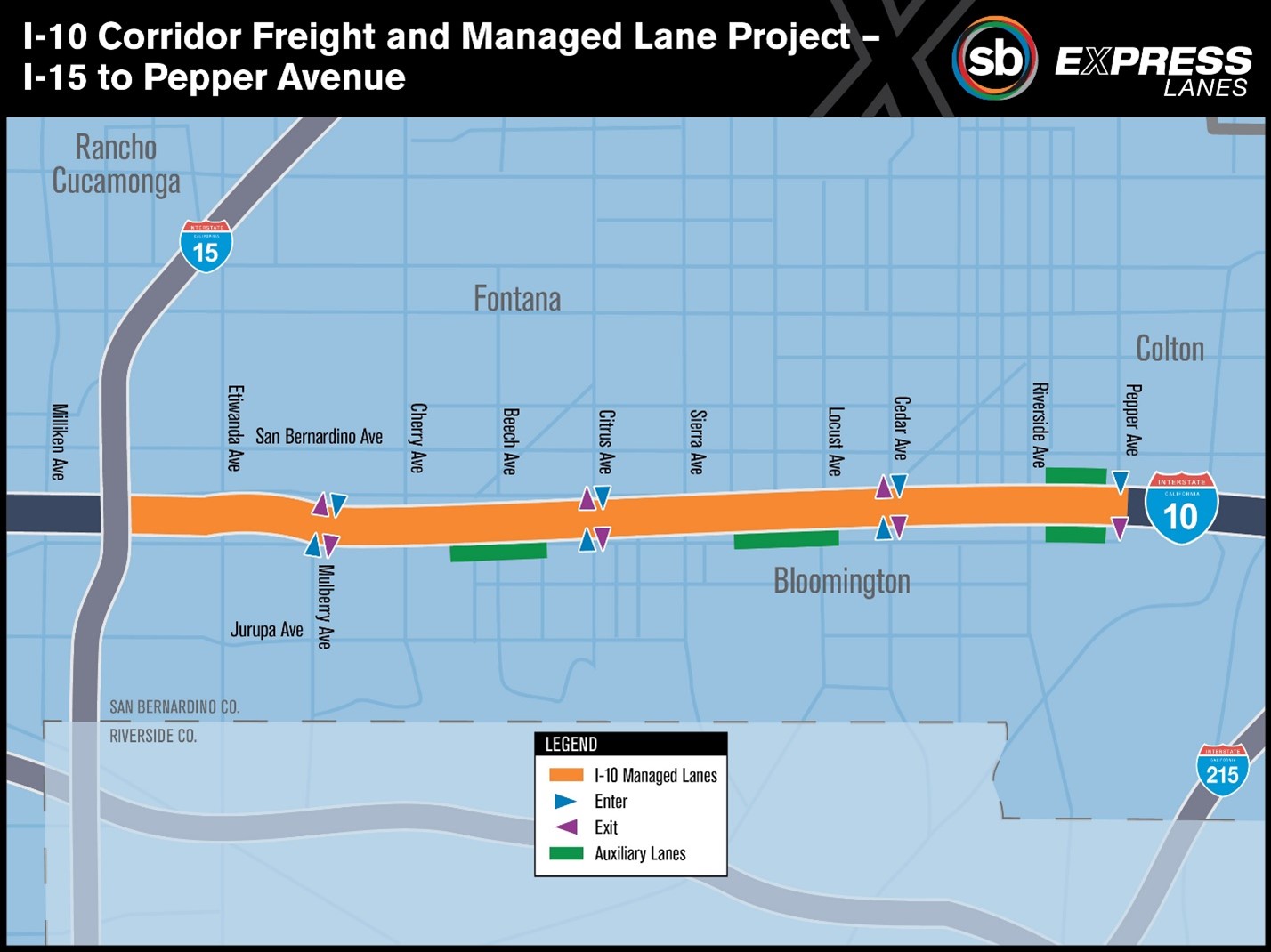 The project is estimated to cost $1.7 billion in current dollars or a total escalated cost of $1.9 billion for the future expenditure years, which is also the total programmed cost for the project.

Proposed funding for the project is anticipated to be from a combination of San Bernardino County Measure I, Congestion Mitigation and Air Quality (CMAQ), local, State, and Federal funds, as well as a Transportation Infrastructure Finance and Innovation Act (TIFIA) Federal loan. The project is included in the SBCTA’s Measure I 10-Year Delivery Plan, as well as in the Southern California Association of Governments (SCAG)’s conforming 2016-2040 Regional Transportation Plan/Sustainable Communities Strategy (RTP/SCS). The project is also included in the 2017 Federal Transportation Improvement Program (FTIP).