Smoothing Out the Bus Ride on Wilshire Boulevard

With more than 80,000 weekday bus boardings, Wilshire Boulevard is the most heavily used transit corridor in Los Angeles County. Yes, you read that right. People actually ride the bus in L.A.

So, to further encourage more people to get on the bus (versus driving), improve the comfort of the ride, enhance transit service, and improve travel times and reliability, the Wilshire Bus Rapid Transit (BRT) Project was developed by the Los Angeles County Metropolitan Transportation Authority (Metro), the City of Los Angeles, and the County of Los Angeles. 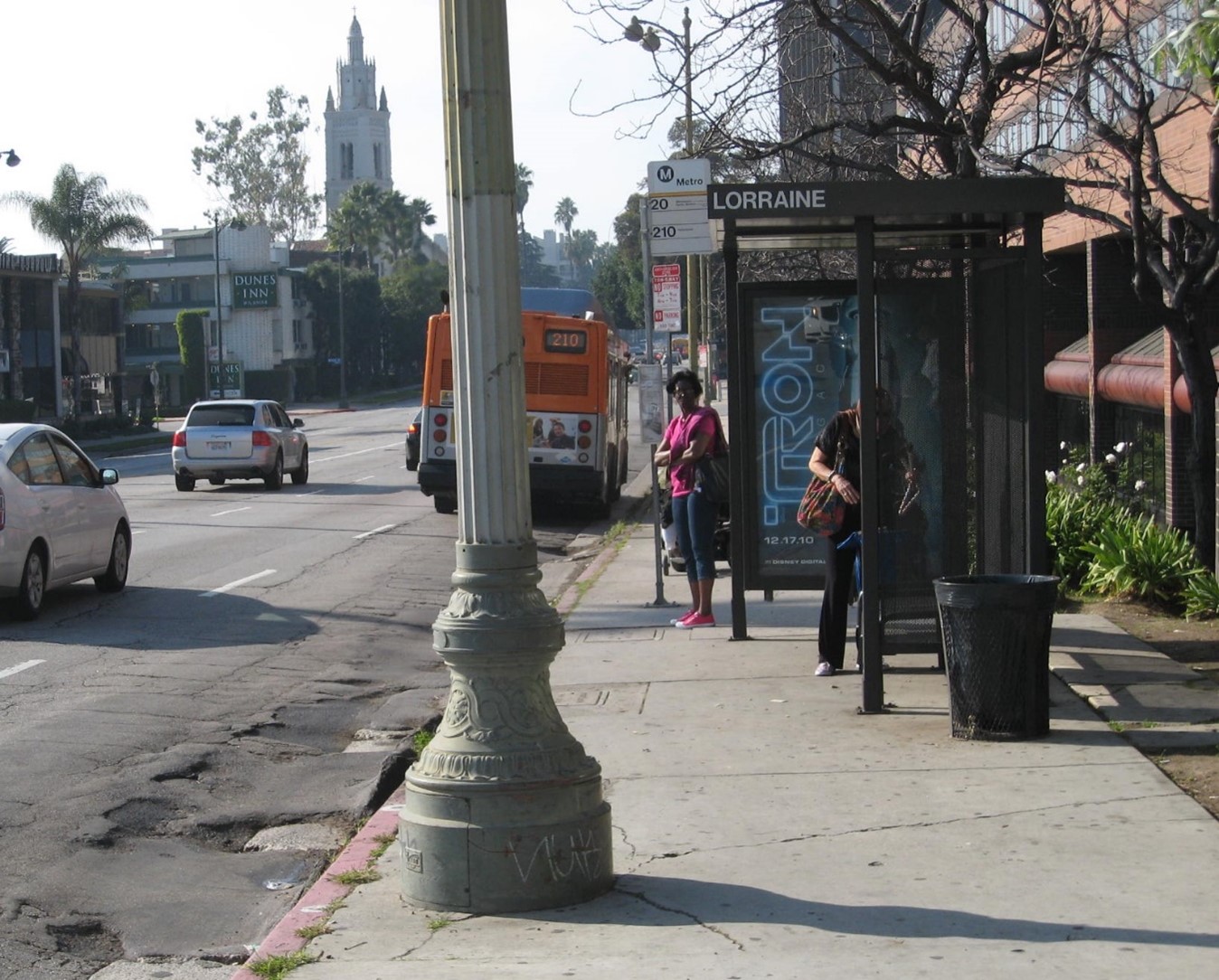 The Wilshire Boulevard asphalt bus lanes were in very bad shape prior to the BRT Project.

The Wilshire Boulevard BRT Project started at South Park View Street near Downtown Los Angeles and extended to Centinela Avenue at the border of the City of Santa Monica.

Due to the deteriorated condition of the asphalt curb lanes, buses and vehicles avoided driving on them, thereby reducing the usable portion of Wilshire Boulevard down to two travel lanes in each direction. Traffic was getting very congested and the conditions became unsafe.

To solve the problem, the Wilshire BRT Project reconstructed the curb lanes with concrete, adding monolithic concrete curbs for greater strength. The new lanes were then dedicated as weekday peak period bus and right-turn-only lanes. The City of Los Angeles also repaired and resurfaced the eastbound and westbound travel lanes and the center median. 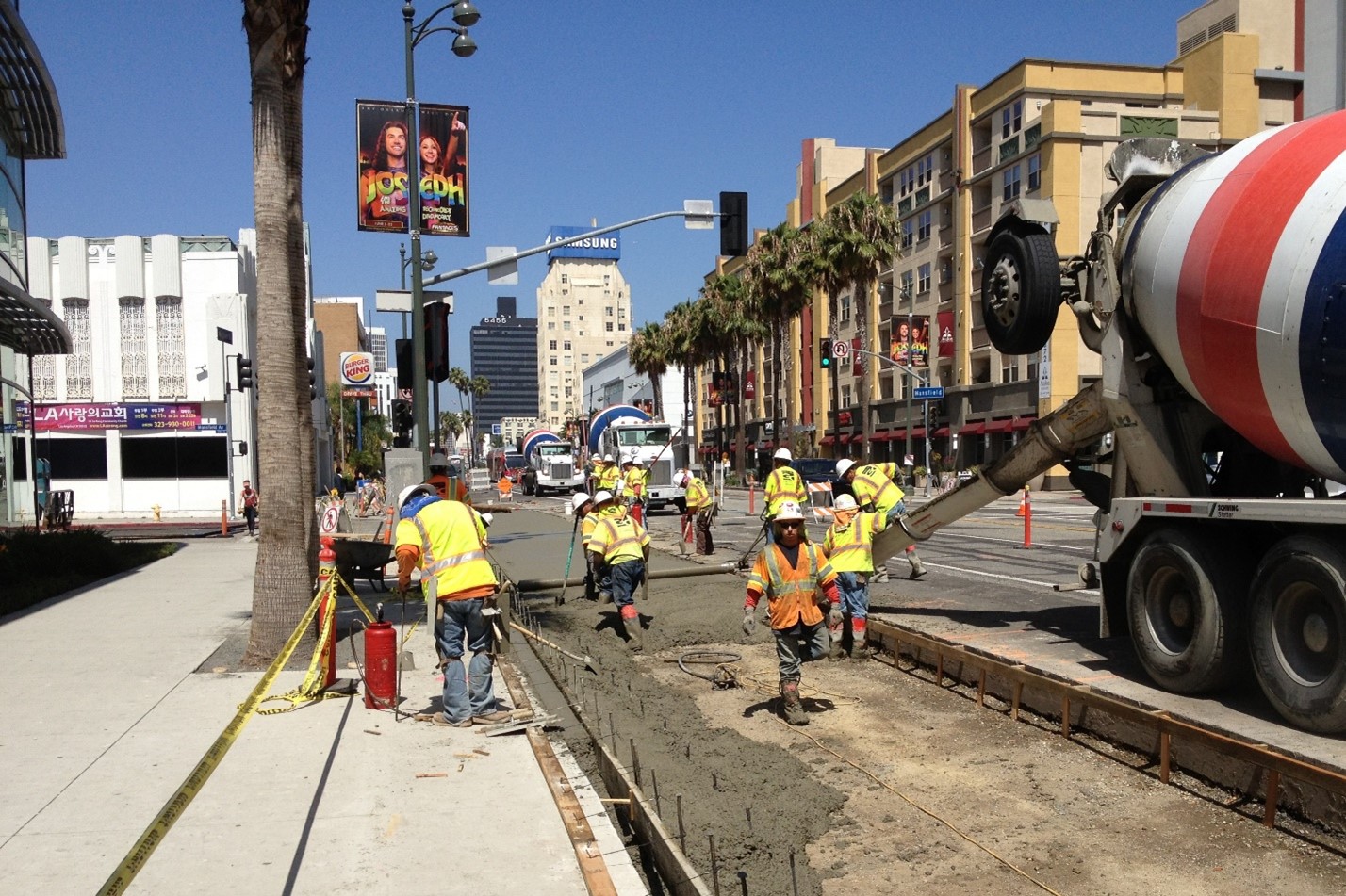 Tony Naranjo, Senior Estimator and Project Manager for the Concrete Division of Griffith Company, indicated that they broke the pours down to 700-foot-long sections. They would move the work segments across the 3.6-mile job from east to west, closing only up to two intersections at a time, utilizing 5,000 and 6,000 PSI High Early mixes in order to open the intersections as soon as possible.

Naranjo stated that 16,200 cubic yards of PCC pavement was used to pour the 13-inch-thick road sections and 26,000 lineal feet of curb line. For the intersection crosswalks, Griffith poured concrete bands and sub slabs, with more than 350,000 square feet of concrete pavement utilized.

Concrete pavement was selected for the bus lanes, curbs, and crosswalks due to its extended life span, frequently extending beyond 50 years, along with the reduced maintenance requirements of concrete. In addition, concrete pavement also reduces carbon dioxide (CO2) in the atmosphere. CO2 in the air reacts with hydrated cement phases in the concrete and carbonates are regenerated. This process is called carbonation and can take place during the lifetime of a concrete product. 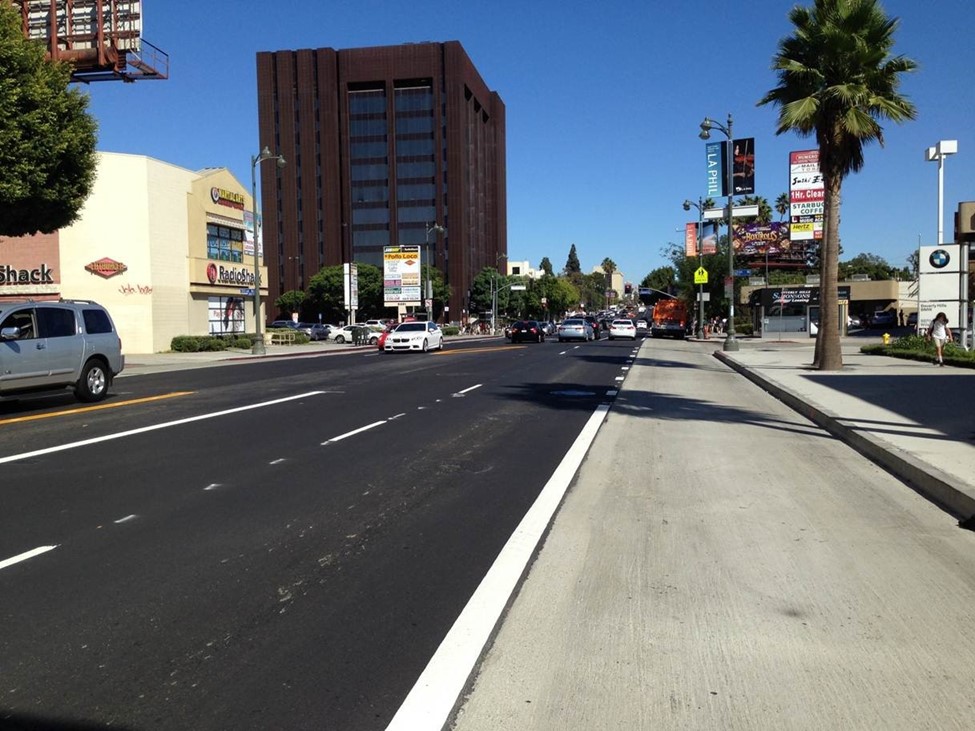 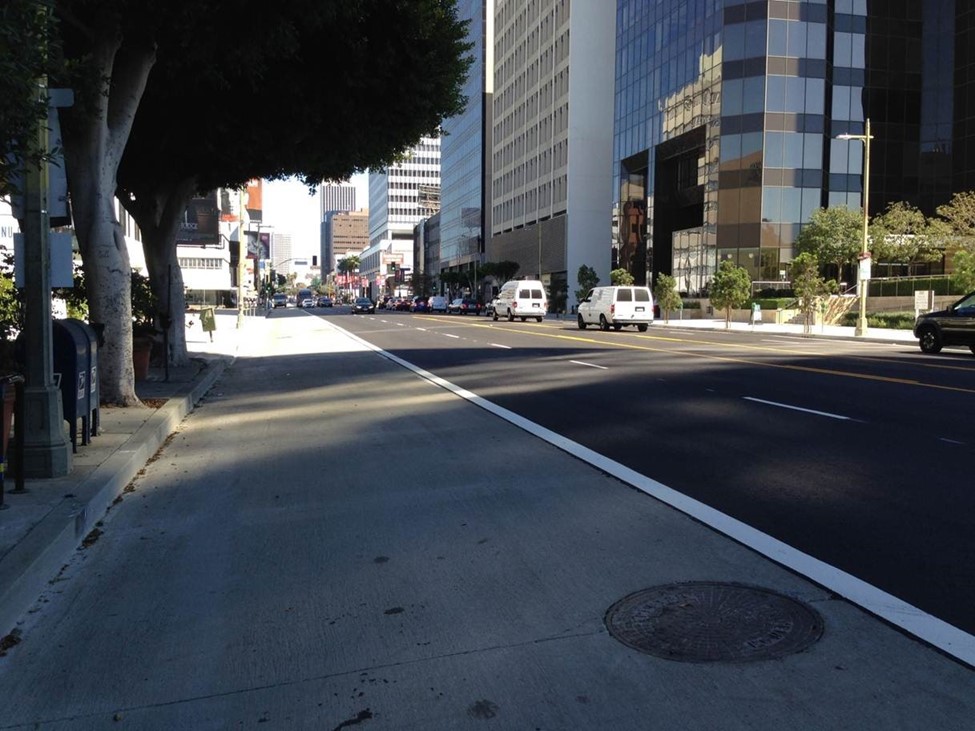 The edges of concrete pavements with the added thickness of curbs are stronger and stiffer.

In total, six miles of monolithic curbs and concrete curb lanes were built, all free of cracks and deficiencies, thanks to good mix design, testing, timely execution, and a very talented team of skilled concrete installers, finishers, and curers, along with great onsite supervisors and inspectors.