Here’s the story of why the recent change to Section 40 is so important.

As we look at the California State Highway System, we see a network of about 51,000 lane-miles of roadway. Of those lane-miles, 27% are concrete pavement and 73% are asphalt. 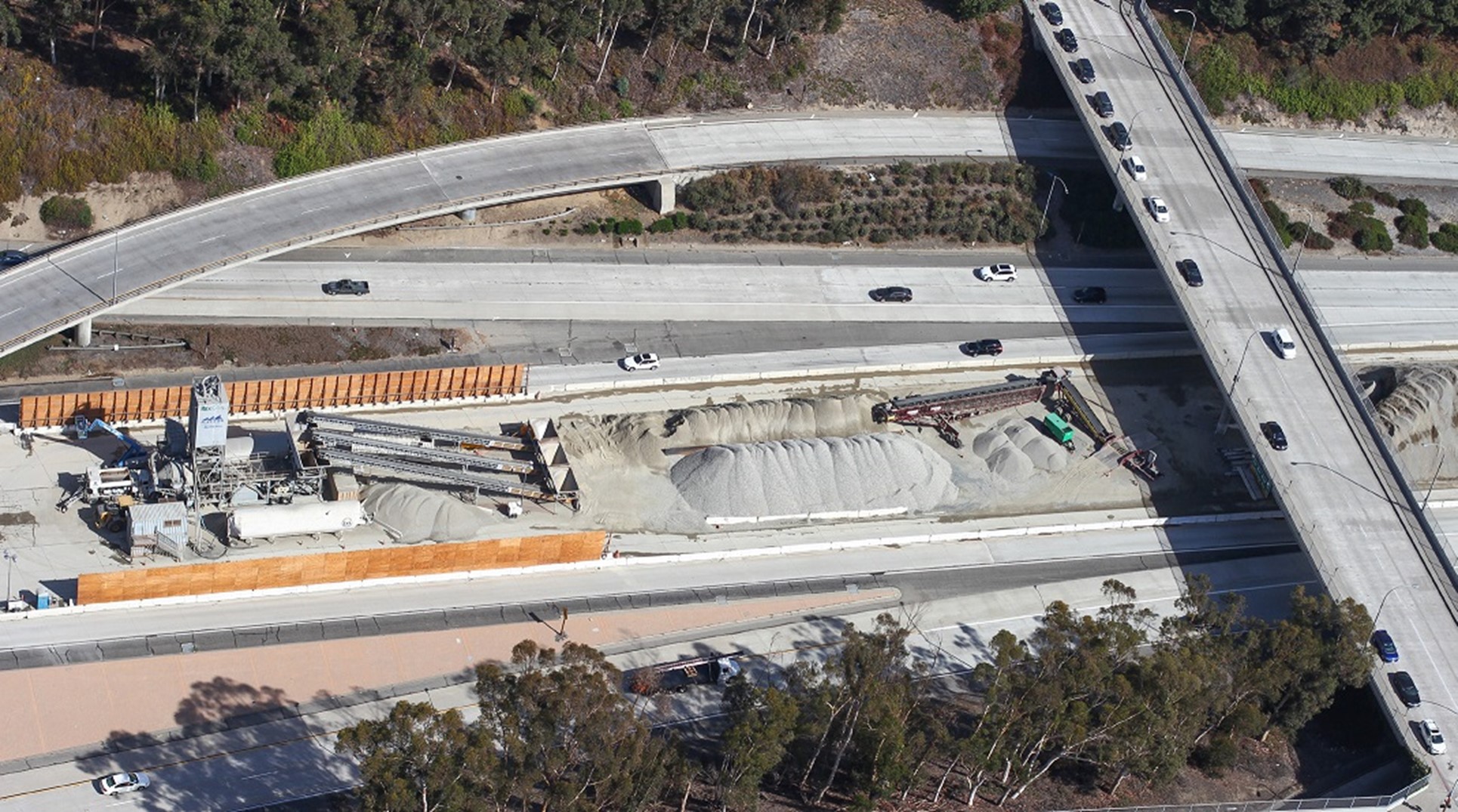 Thanks to the Section 40 spec change, Flatiron was able to reduce the ramp closure time on their Los Angeles-to-Pasadena I-210 project by 30% and earned a bonus of $477,500.

Nearly 90% of the California highway network was constructed between 1955 and 1975 with a designed lifespan of 20 years. Remarkably, most of the concrete pavement sections survived well beyond their projected design lives. Even with extended lifespans of 65+ years, many of those roadways are now in need of reconstruction. 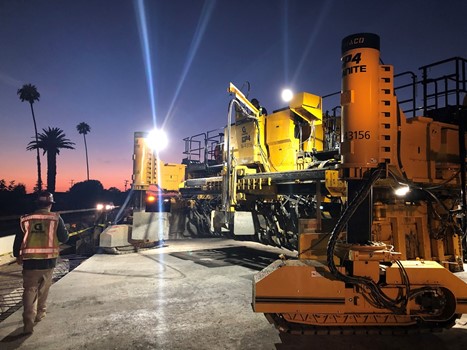 Granite implemented the new opening spec on their Highway 101 Carpinteria project, enabling them to improve the job schedule and finish before the onset of the rainy season.

To the benefit of California drivers, the California Department of Transportation (Caltrans) has stayed at the forefront of developing pavement technologies and applications. Many years ago, they recognized the value of Rapid Strength Concrete (RSC) and have used it on a widespread basis on urban pavement projects.

In 2019, Caltrans awarded 217,000 cubic yards (CY) of pavement constructed with RSC. In fact, during that year, 20% of all concrete pavement work awarded by Caltrans was built using RSC. It goes to reason, as RSC performs extremely well for short night-time and weekend closure construction windows. Remarkably, some RSC pavements can be opened to traffic in as little as one hour after mixing the concrete.

Let’s take a step back and evaluate the speed of conventional PCC. As it turns out, many of the current conventional PCC paving mixes used on Caltrans projects achieve the 550 psi flexural opening strength in about three to six days. In addition, innovative conventional PCC mixes like an accelerated Type II/V slip-form paving mix can reach 400 psi in just 24 hours! So, our conventional PCC is pretty fast.

Knowing our new conventional PCC concrete pavement reaches specified opening strength in only three to six days and we are paying a premium price for RSC, why are contractors required to wait 10 days to open new pavement to traffic?

It’s because of Caltrans Section 40, which reads:  Do not allow traffic on concrete pavement or use equipment on it (1) for 10 days after paving, and (2) before the concrete has attained a modulus of rupture of 550 psi.

To remedy this, the Southwest Concrete Pavement Association brought the issue to the Caltrans Pavement and Materials Partnering Committee (PMPC). The PMPC provides our roadbuilding industry a collaborative process for improving Caltrans plans and specifications.

The “10-Day Wait” issue was added to the PMPC Bin List for Concrete Pavements and the issue was quickly identified as a top priority. A balanced working group of eight individuals – four from Caltrans and four from industry – was selected to work on the issue. 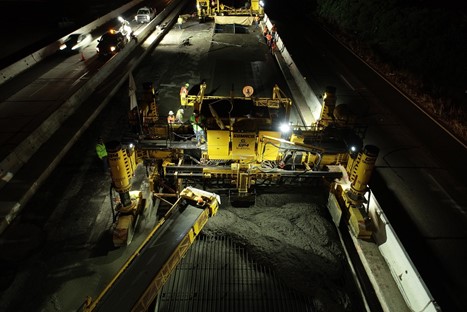 Granite Construction crews worked through the night on their Highway 101 Carpinteria project and took full advantage of the elimination of the 10-day waiting period.

On February 25, 2019, the group received approval of their proposed Scoping Document, Review and Update the Specifications for Concrete Pavements with Limited Construction Windows.

In September 2019, the group’s final report was sent up to the PMPC Concrete Task Group for approval. The final report featured these significant findings:

The group’s final report was approved and on April 22, 2020, the Caltrans Revised Standard Specification was published and available for projects in October 2020.  Section 40 removed the 10-day requirement!

What is the removal of the 10-day worth?

Findings from one of the first projects indicate a 14.6% reduction in pavement costs due to the reduced use of RSC and the increased use of conventional PCC. With conventional Jointed Plain Concrete Pavement (JPCP) replacing 47,200 CY of JPCP-RSC on the project, the total pavement costs dropped from $64,762,500 to $55,322,500.  That’s a savings of $9,440,000!

On other projects, Granite Construction implemented the new opening spec on their Highway 101 Carpinteria project in September 2020 and it proved to be a big success. It significantly improved the job schedule and enabled them to finish a key phase of construction before the onset of the rainy season. 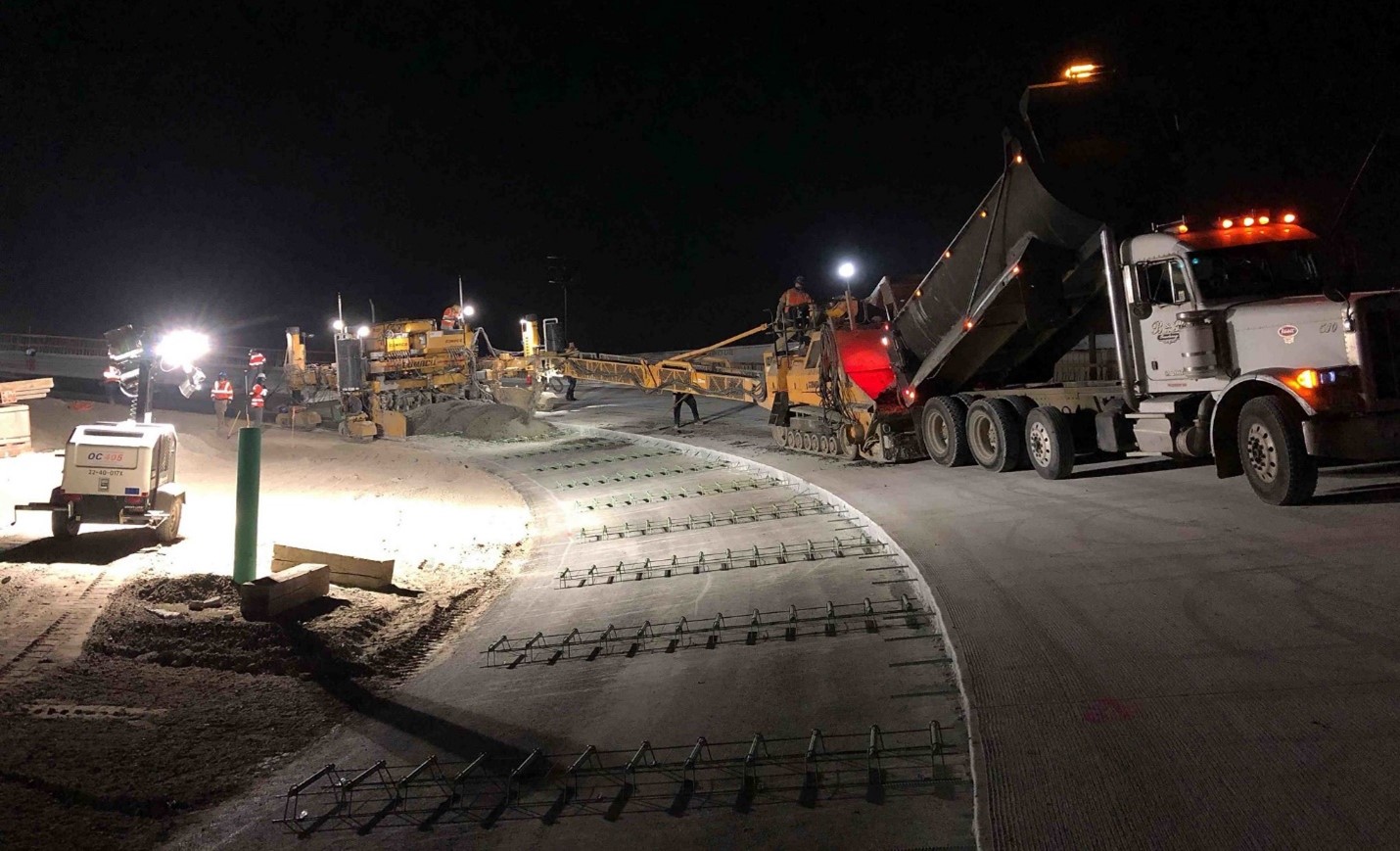 Thanks to the change in the Section 40 spec, OC405 Partners picked up about five days for each ramp on their $1.5-billion I-405 widening project in Orange County.

Flatiron West benefitted from the fast implementation of the new specification on their I-210 project, with closure days on 29 ramps dropping from 45 to 30 days or less, resulting in a contractor bonus of $477,500.  The traveling public benefitted as well thanks to the 30% reduction in ramp closure time.