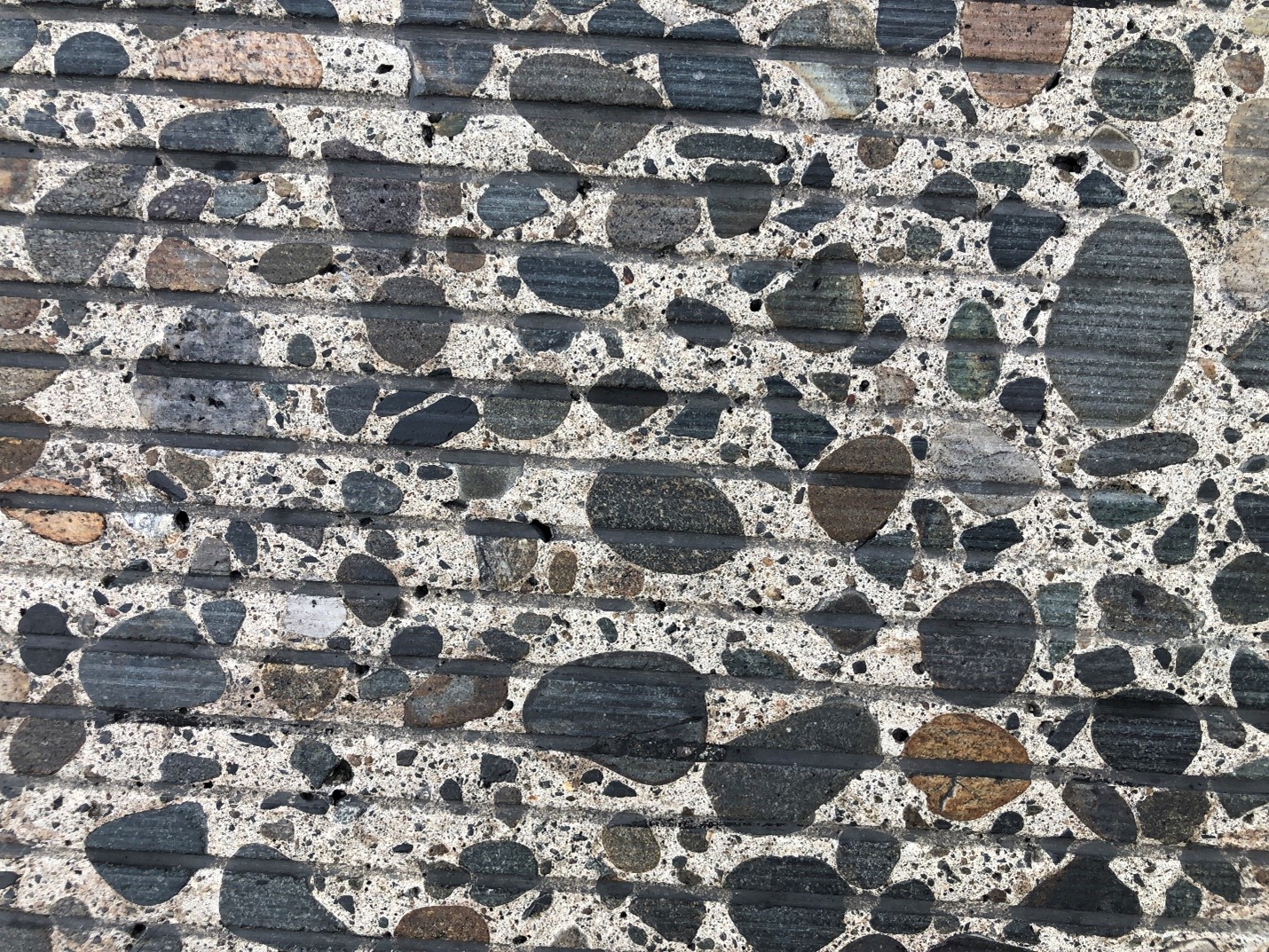 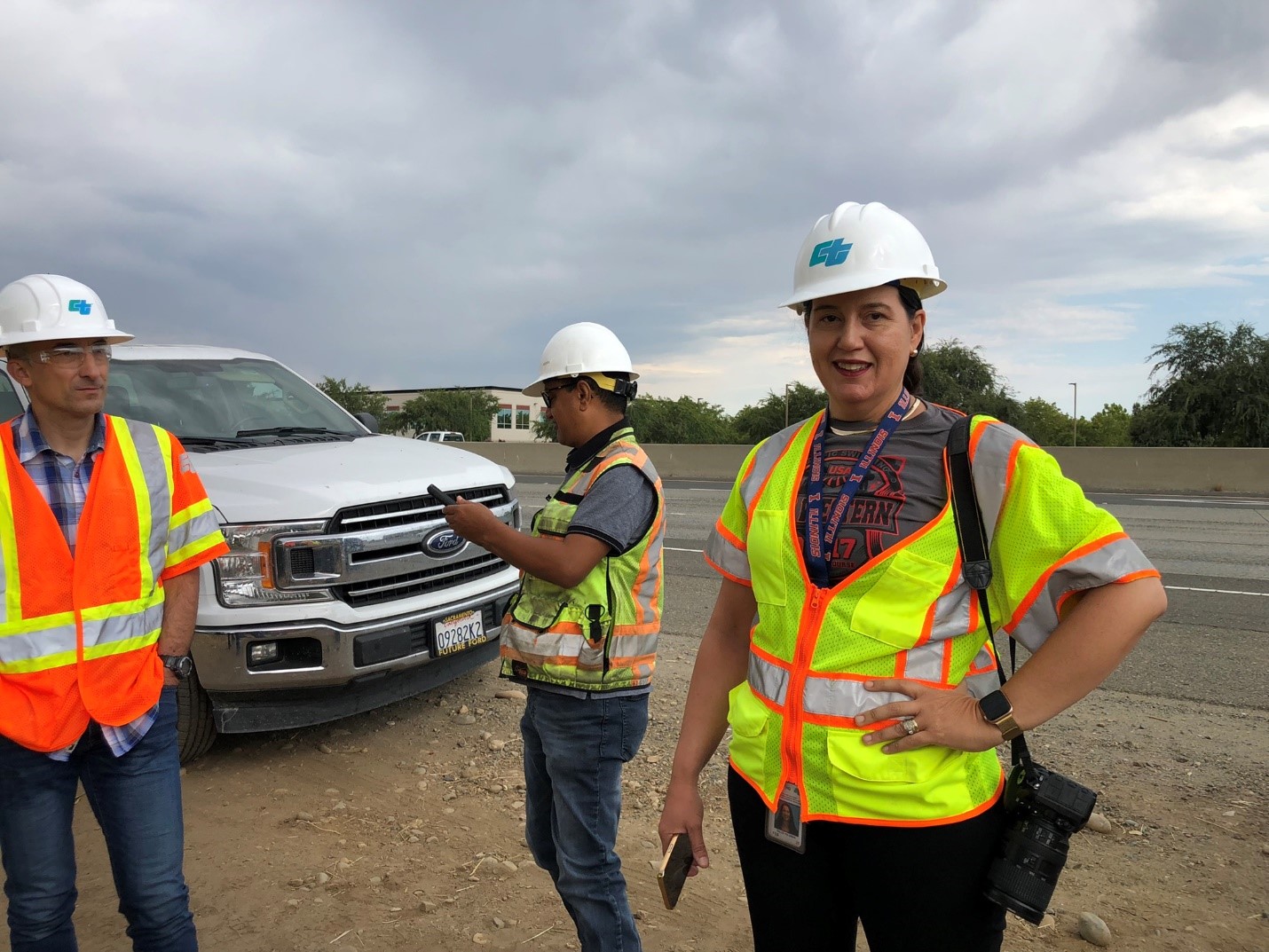 The purpose of the field survey was to inspect the condition of the pavement in consideration of its age and texture. In 2011 and 2012, Caltrans performed seven Next Generation Concrete Surface (NGCS) pilot projects to evaluate the newly developed texture, and the four reviewed sections in the July 26th survey were part of that project. The goal was to provide an evaluation of the surface at the 10-year mark and an overall assessment of the pavement’s condition. 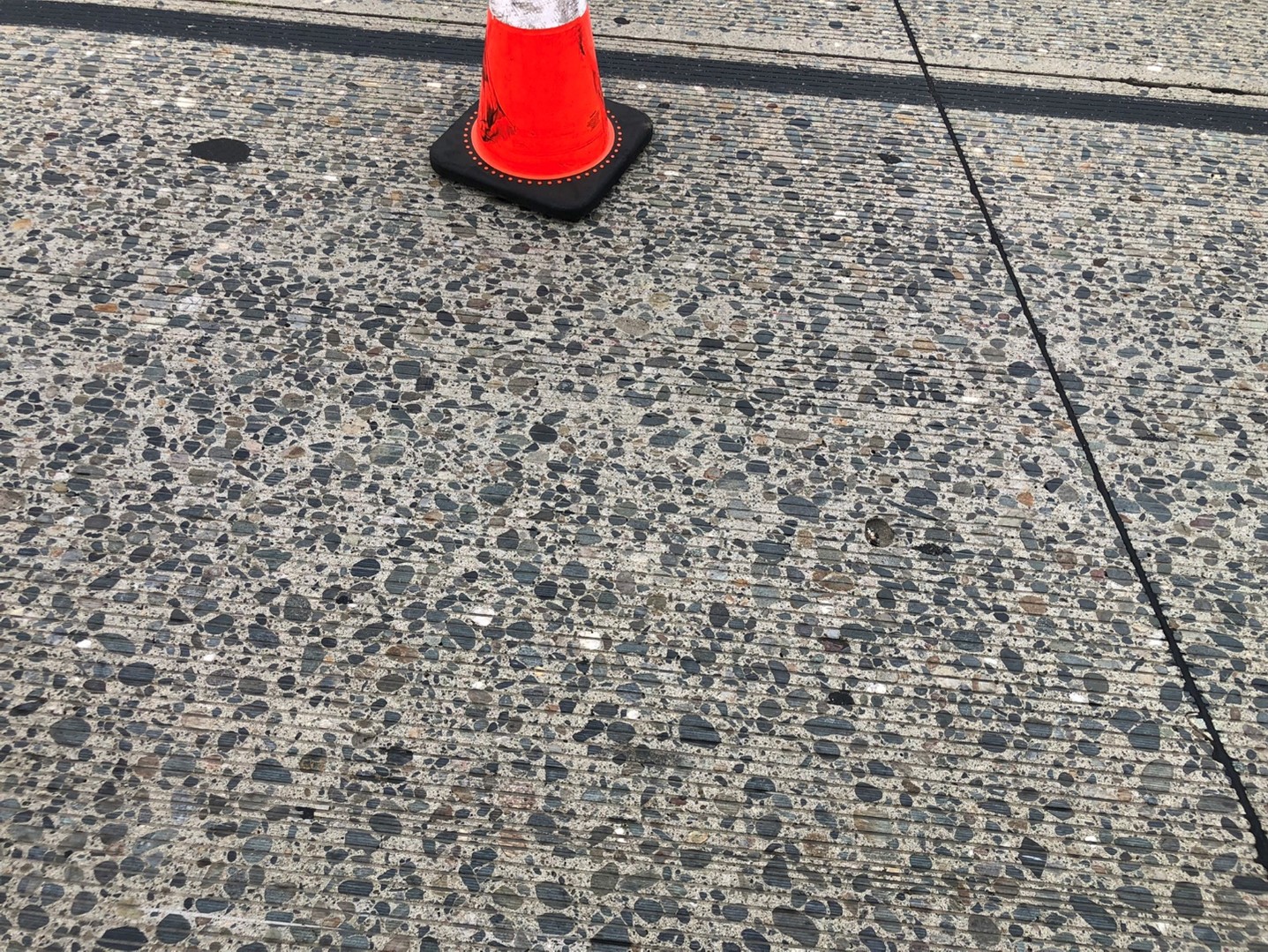 At 50 years of age, this stretch of Highway 50 has remained solid and intact. Thanks to the NGCS work 10 years ago, the pavement is remarkably smooth and quiet today.

The first and second sections of concrete pavement inspected were on Highway 50; eastbound lanes just east of Sunrise Boulevard, and westbound lanes just west of Hazel Avenue. This section of freeway was constructed in 1973 and underwent Next Generation Concrete Surface work 10 years ago.

At the time of the original pavement construction, Caltrans referred to the textures as Grind and Grooved. This process used a 3/4” groove spacing instead of the 1/2” to 5/8” spacing used in the NGCS specifications. 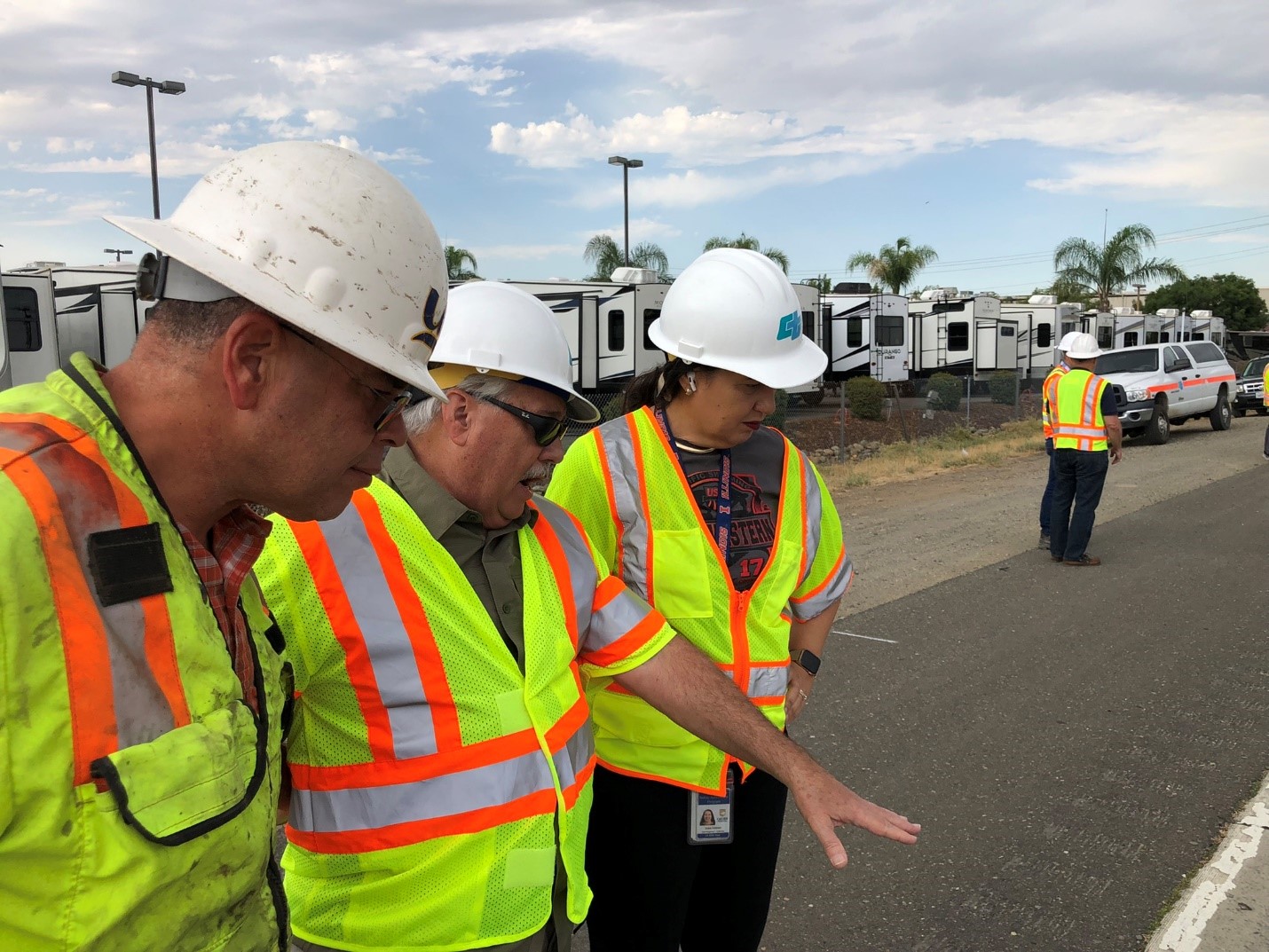 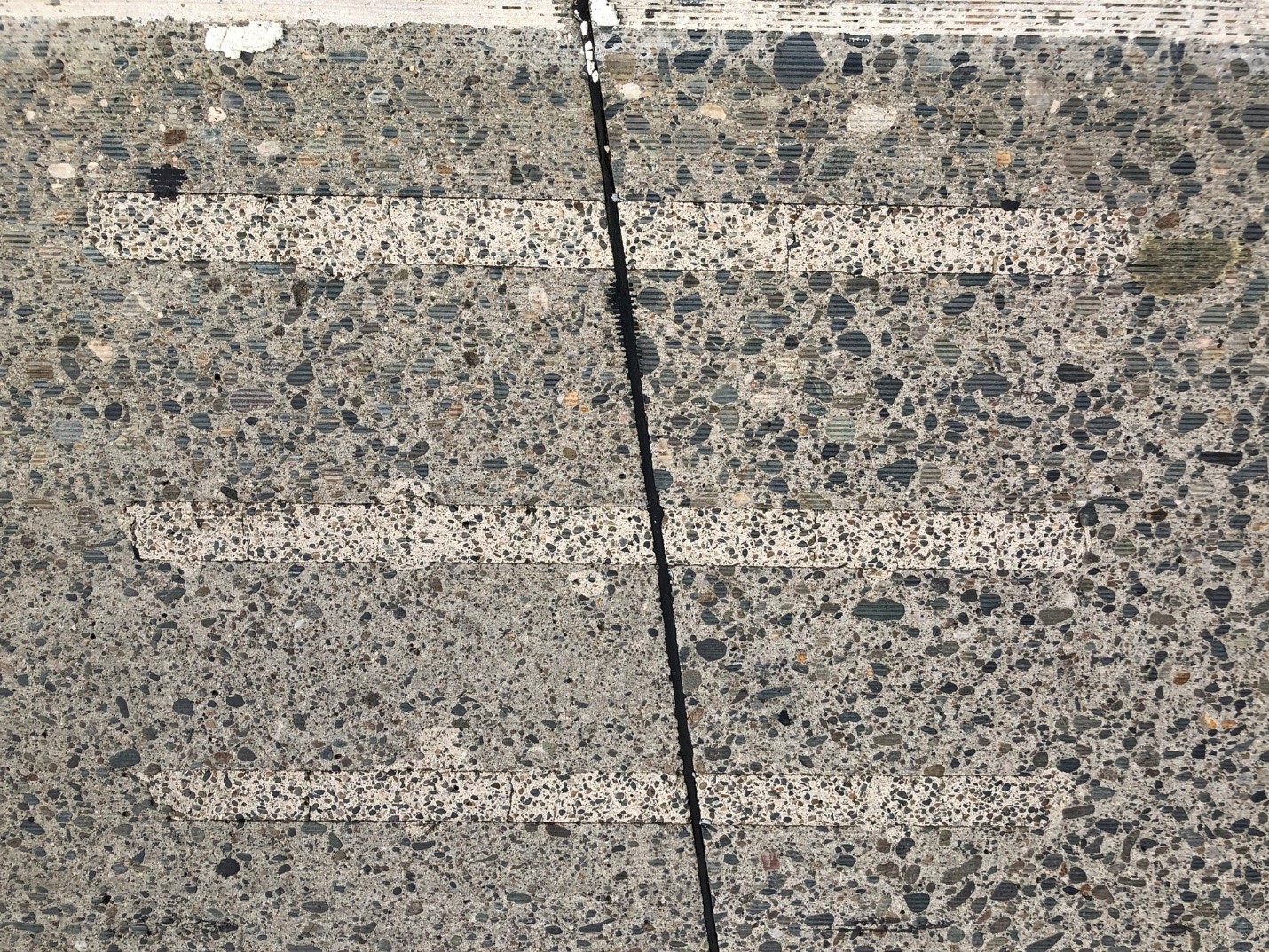 One of the surveyed sections of Highway 50 that was retrofitted with dowel bars.

The third section of concrete pavement inspected was on Interstate 80 just east of Madison Avenue. It was constructed in 1975 and also underwent Next Generation Concrete Surface work 10 years ago. The I-80 section of pavement indicated greater wear than the Highway 50 stretch, due largely to the higher volume of truck traffic on that particular interstate corridor. Nonetheless, it remained smooth and cleanly grooved. 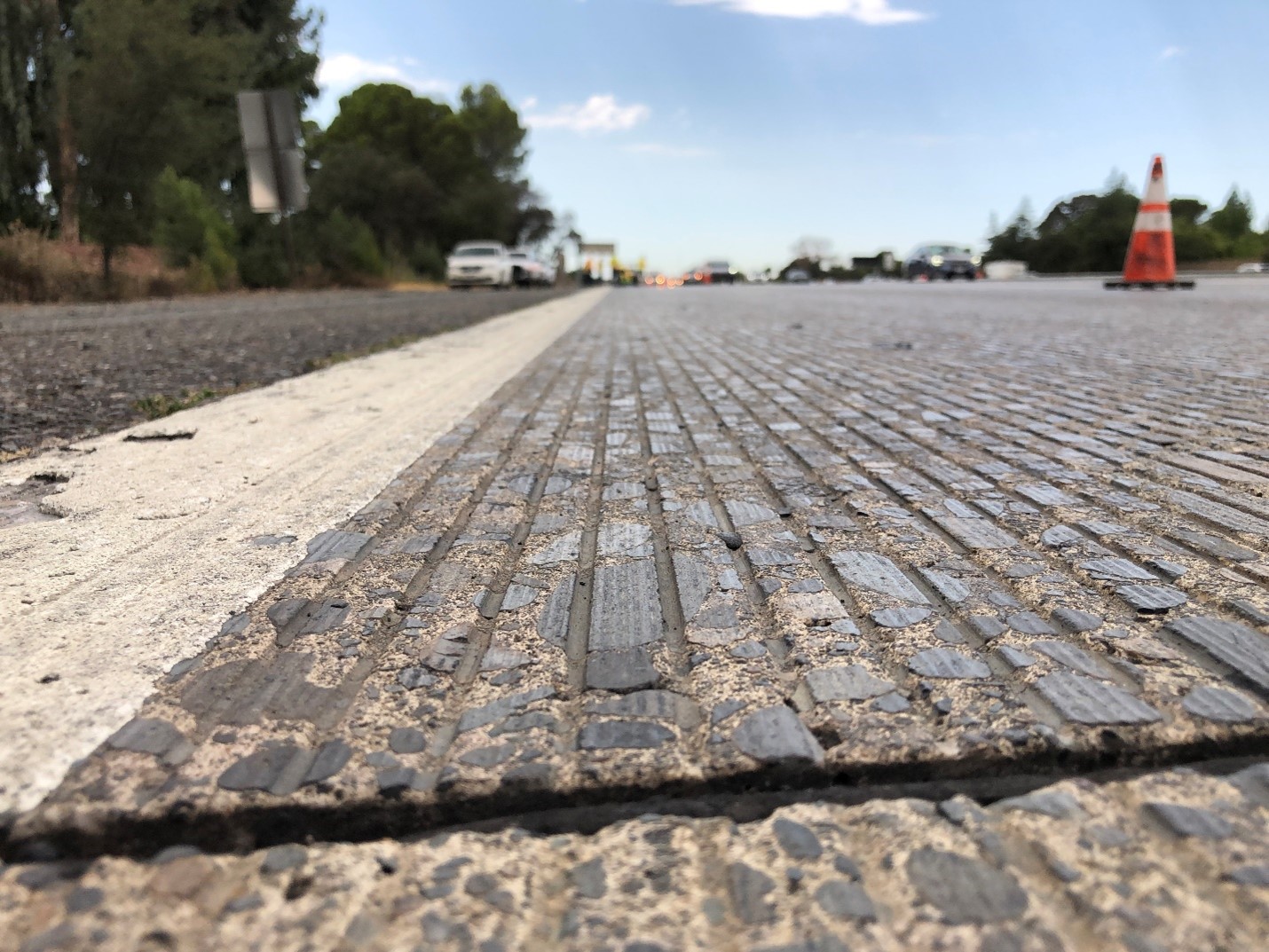 Lane 5 on Interstate 80 east of Madison Avenue shows the wear of heavier truck traffic, yet remains smooth and intact. Shown is an expansion joint in the pavement.

The fourth section of concrete pavement viewed was on Yolo County’s Highway 113 in Davis. It was constructed in 1976, a few years after the other inspected pavement sections. However, it underwent the NGCS work at the same time as the other roadways. 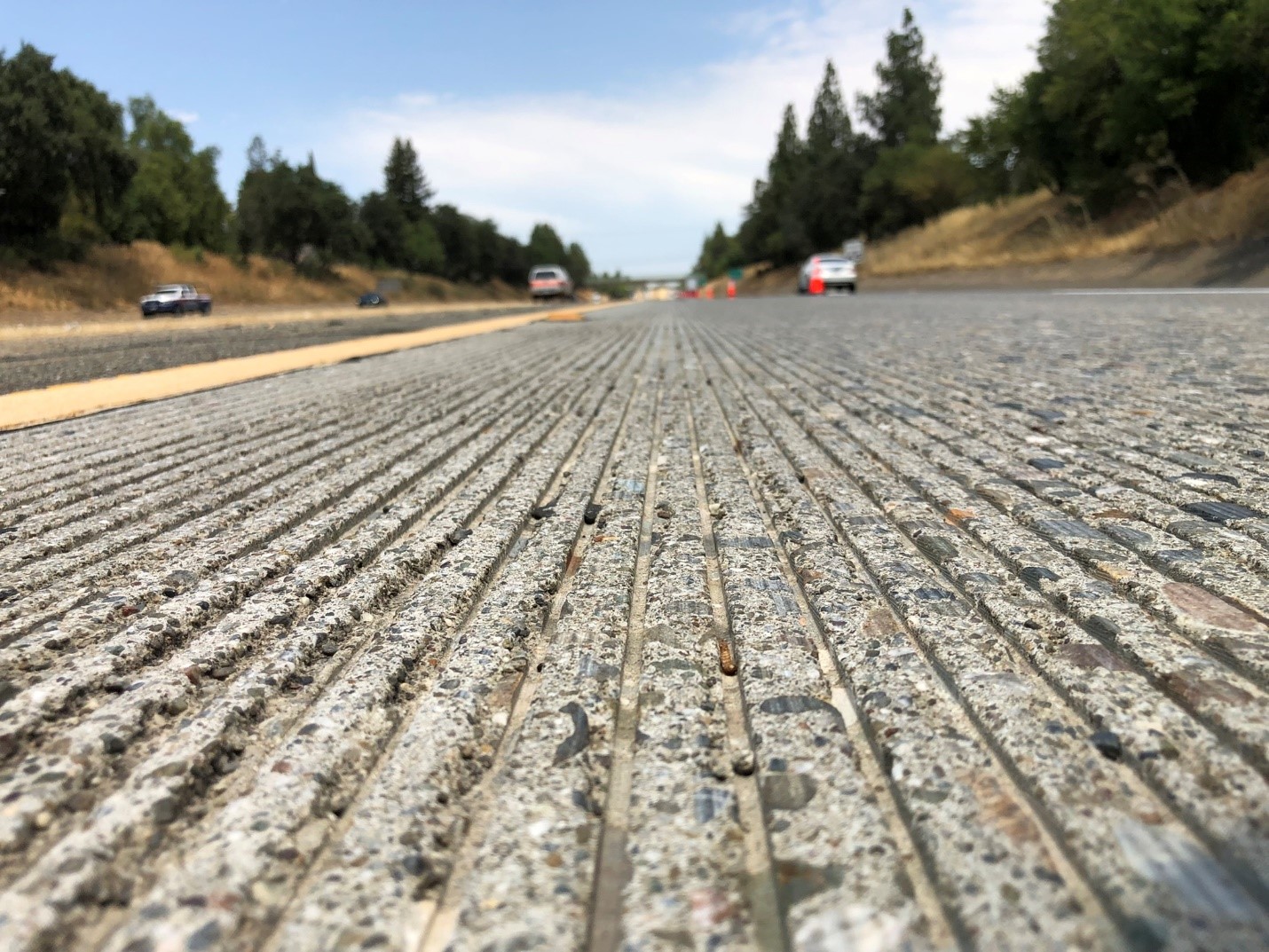 The section of concrete pavement inspected on Highway 113 in Davis, California maintained most of the grooved depth created by the NGCS work a decade ago, thanks in large part to a lower volume of vehicle traffic than the other roadway sections viewed, including fewer heavy trucks. 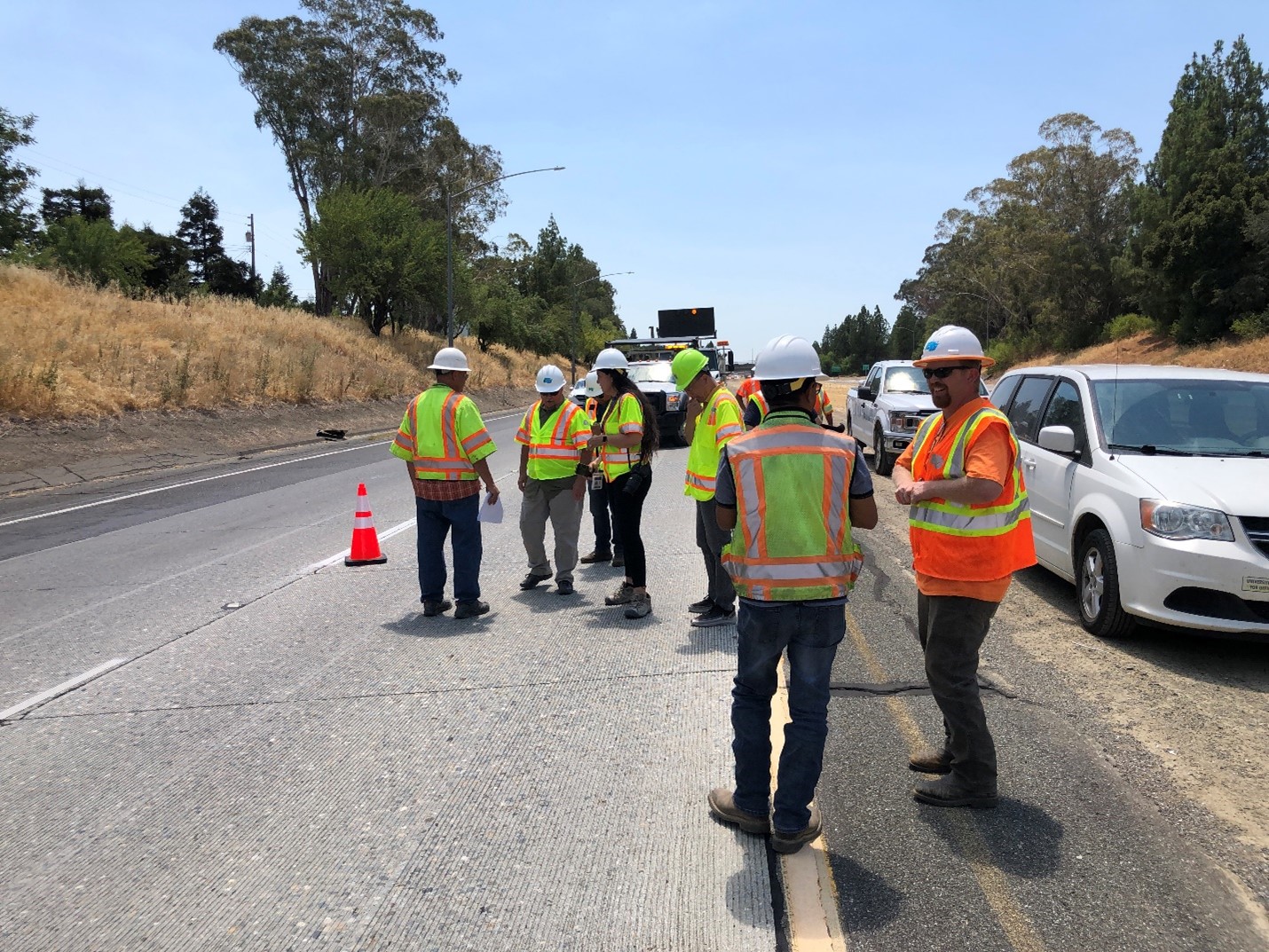 The inspection team stands on either side of a skewed transverse joint on SR 113, which was cut on this angle to affect a staggered load transference to reduce load impact and prevent cracking.

Big thanks and a tip of the hard hat go out to the great Caltrans crews in District 3 that went above and beyond to safely secure the concrete pavement lanes for inspection on Highway 50, Interstate 80, and Highway 113. Key individuals who made that happen include Addisu Workineh, Steve Hardie, Mike Hodel, Louis Valdez, Brady Stocks, Rudy Raya, and Kow Bannerman.

Traveling South to View New CRCP with NGCS on Highway 101 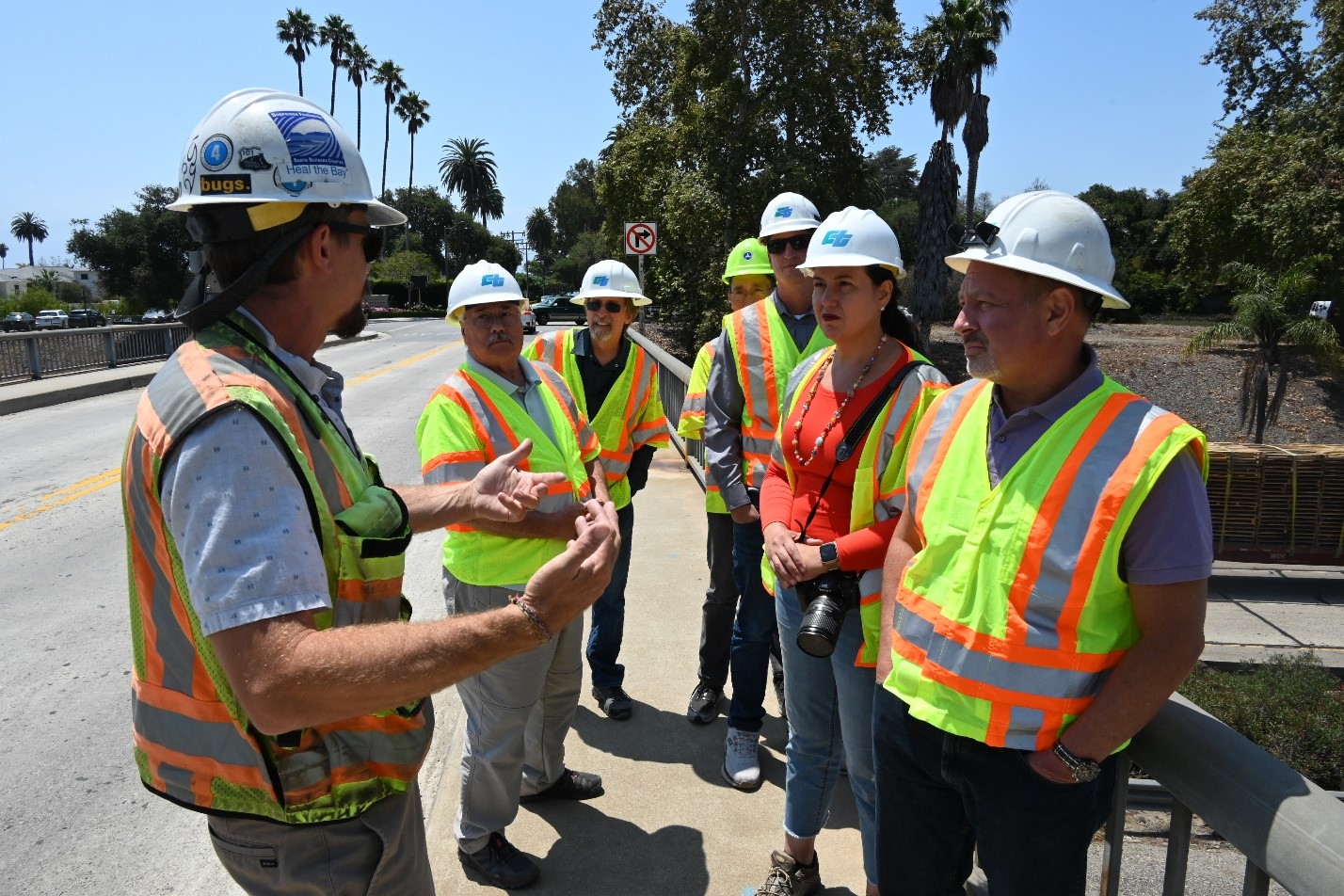 The California Highway Patrol provided a five-minute traffic break on the 101 that allowed a close inspection of the newly constructed texture. After driving on the new surface, the following comment was noted: “The ride quality is unbelievable. It’s like floating on air.” 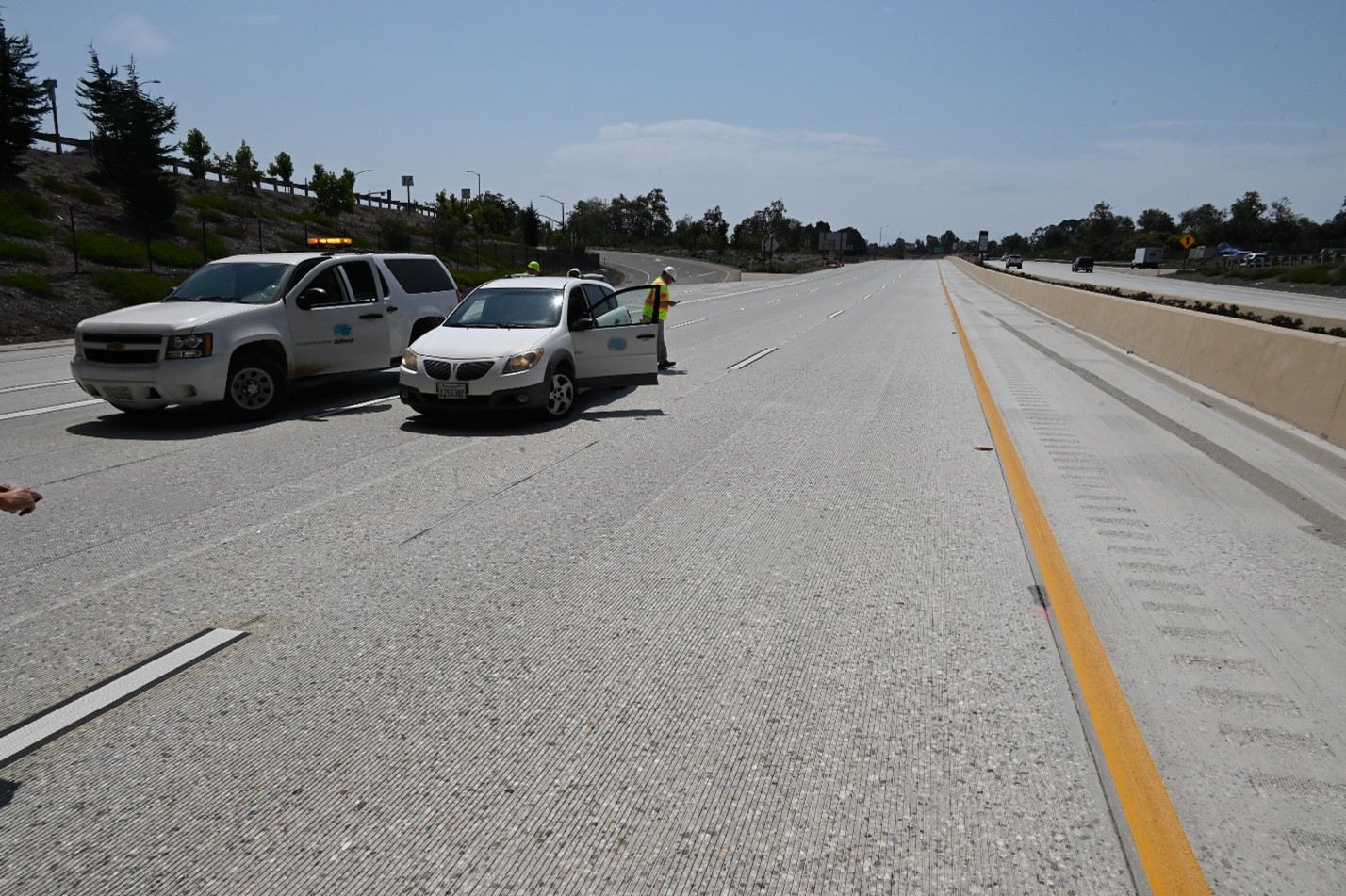 The extraordinarily smooth and quiet new NGCS concrete pavement on Highway 101 in Carpinteria.

The new CRCP NGCS project is part of “101 in Motion – Highway 101: Santa Barbara to Mussel Shoals,” a major, multi-phase corridor improvement project that’s currently being built by Granite Construction, using the CMGC alternative procurement method. This new concrete pavement section is the first of a new generation of roadways that will feature an innovative texture on newly constructed concrete pavement. 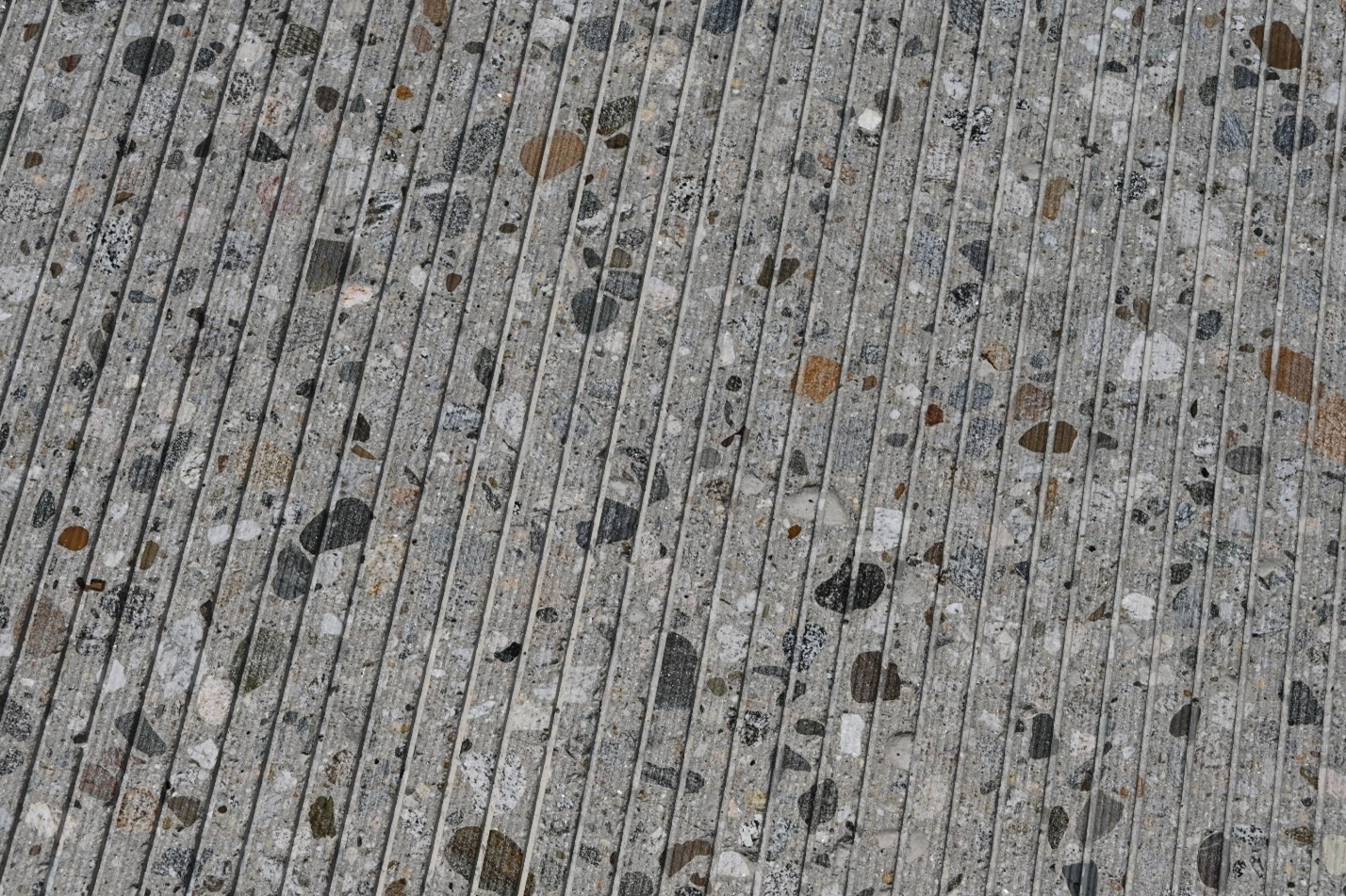 A close-up view shows the depth of the grooving and the parallel texturing tracts of the NGCS, along with the varied aggregate sizes.

For an onsite view of the project, here’s a Caltrans News Flash video:  https://www.youtube.com/watch?v=xyLzYXJPJb8

A big thanks and a tip of the hard hat go out to the team in District 5 who made the field inspection possible, including Wes Thompson (seen in the above video), Jason Kline, and Charles Wesley, along with the Goleta CHP Field Officers who slowed traffic down for five minutes to give the Caltrans inspection detail enough time to get a good look at the brand-new NGCS pavement on Highway 101.

For more information on this project, go to: https://swcpa.org/highway-101-santa-barbara-to-mussel-shoals/

From all indications, based on the 10-year performance of the Caltrans NGCS pilot projects and the outstanding results of the new CRCP that underwent the texturing at the onset, this new concrete pavement surfacing is performing at a level that should quickly make it the de facto application for new Caltrans highways and roads.

The Benefits Are Significant

Through its delivery of a “floating-on-air” ride, the lower resistance – the smoothness factor – delivers higher mileage for vehicles, reducing energy consumption and lowering the carbon footprints of the vehicles traveling on this surface.

NGCS also creates a quieter vehicle interaction with the pavement, reducing cabin noise and significantly lowering the sounds from the tires rolling across the pavement, a tremendous benefit to adjacent communities.

As with all concrete pavements, a high degree of sustainability is delivered through the long lifespan of 40 years and more. And when concrete pavement ages, performing another diamond grinding treatment renews the surface, and enhances the smoothness without adding any new materials to the roadway.