The U.S. Department of Transportation has selected 24 highway, bridge, port, and other infrastructure projects in 18 states to share $905.3 million in the latest round of its popular Infrastructure for Rebuilding America, or INFRA, grant program. Four projects in California and Nevada were award winners.

The INFRA grants were in great demand. In a June 30th Zoom call with reporters, DOT Secretary Pete Buttigieg said the department received 157 eligible applications from 42 states and Guam. They sought a total of $6.8 billion, far more than the funds it had available.

Buttigieg said, “These are awards that are going to create jobs by funding rail and highway projects that are economically critical to the region, and in some cases to the country.”

He noted that the new batch of grants for the first time included racial equity and climate factors among the selection criteria. Buttigieg also said that 44% of the total awarded goes for projects in rural areas, addressing the “historic underinvestment” in such locations.

Interstate highway upgrades were among the winning projects, including one Northern California project, which was awarded $86 million for improvements to Interstate 80 in Yolo County. The Yolo Corridor Improvement Project will implement approximately 17 miles of managed lanes from the Yolo-Solano County line through Yolo County to West El Camino Avenue on I-80 and to I-5 on US-50 in Sacramento County. The project includes the addition of two new auxiliary lanes, fiber optics, changeable message signs, ramp meters, and improvements to the Yolo Causeway cycling and pedestrian pathways. 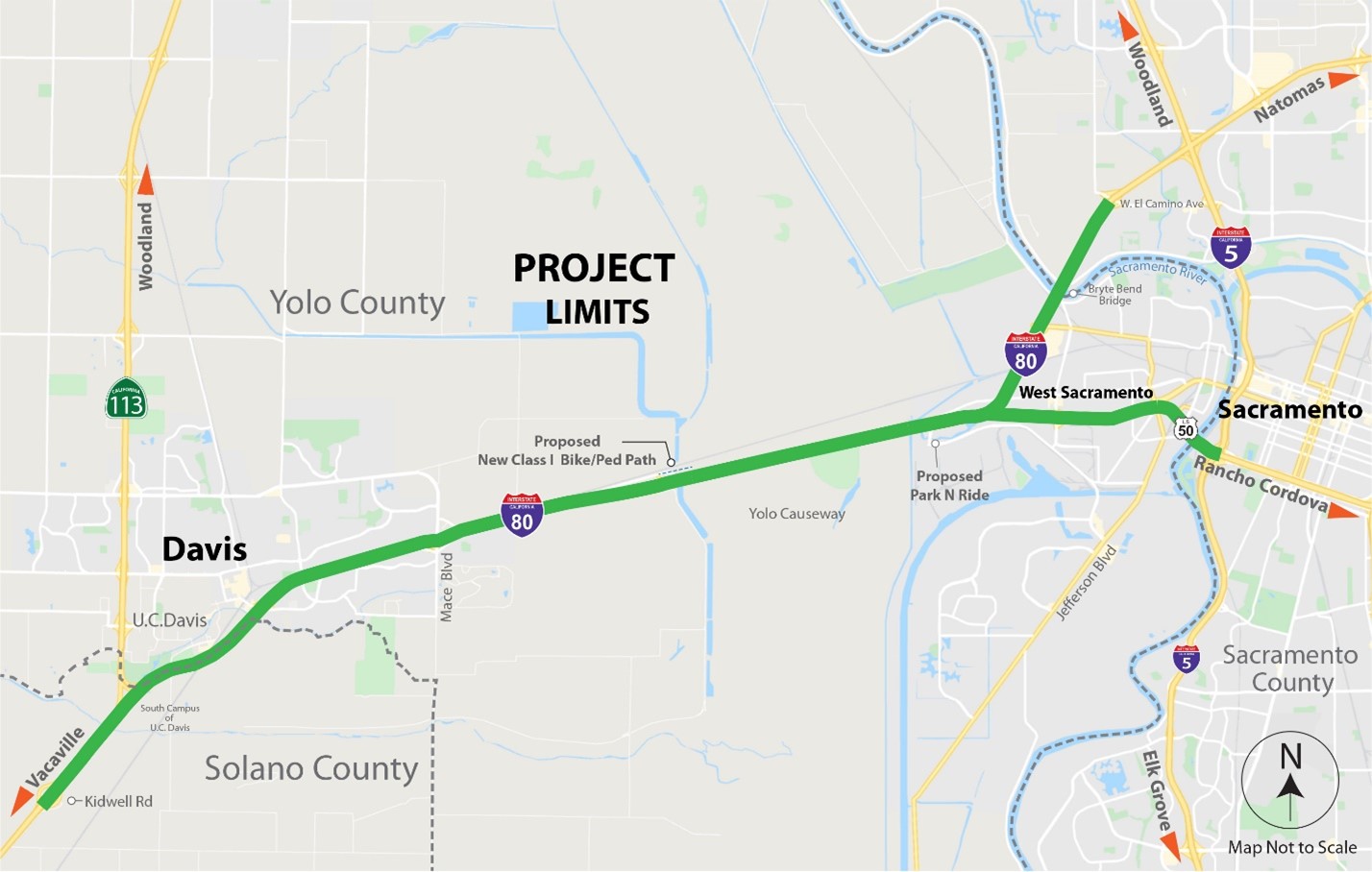 In Southern California, the Los Angeles County Metropolitan Transportation Authority SR 57/60 Confluence Chokepoint Relief Program was the recipient of a $30-million grant. L.A. Mayor Eric Garcetti said that the project adheres to DOT’s new climate criteria, as it aims to speed the movement of traffic in a congested area where two freeways merge. Garcetti said unclogging that choke point will reduce vehicle emissions. 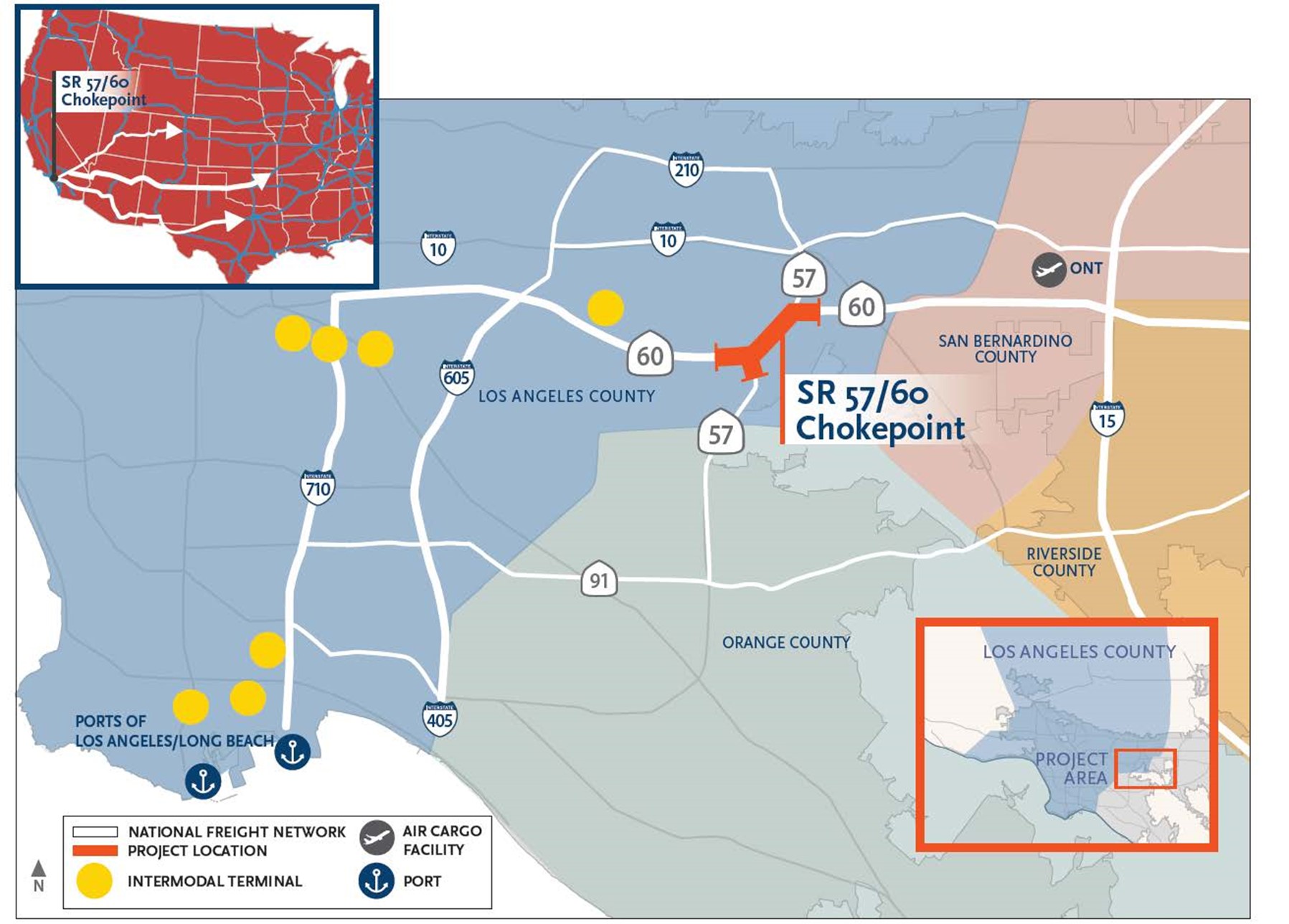 In Nevada, the City of Henderson’s Reimagine Boulder Highway project was awarded $40 million for the reconstruction of 7.5 miles of the highway, converting a section into a complete streets roadway. The current six-lane highway will be transformed into a four-lane highway with two dedicated bus lanes and a protected bike lane. Other features include the reconfiguration of roadway geometry, enabling additional and shorter pedestrian crosswalks. Increased streetlighting will be added as well. 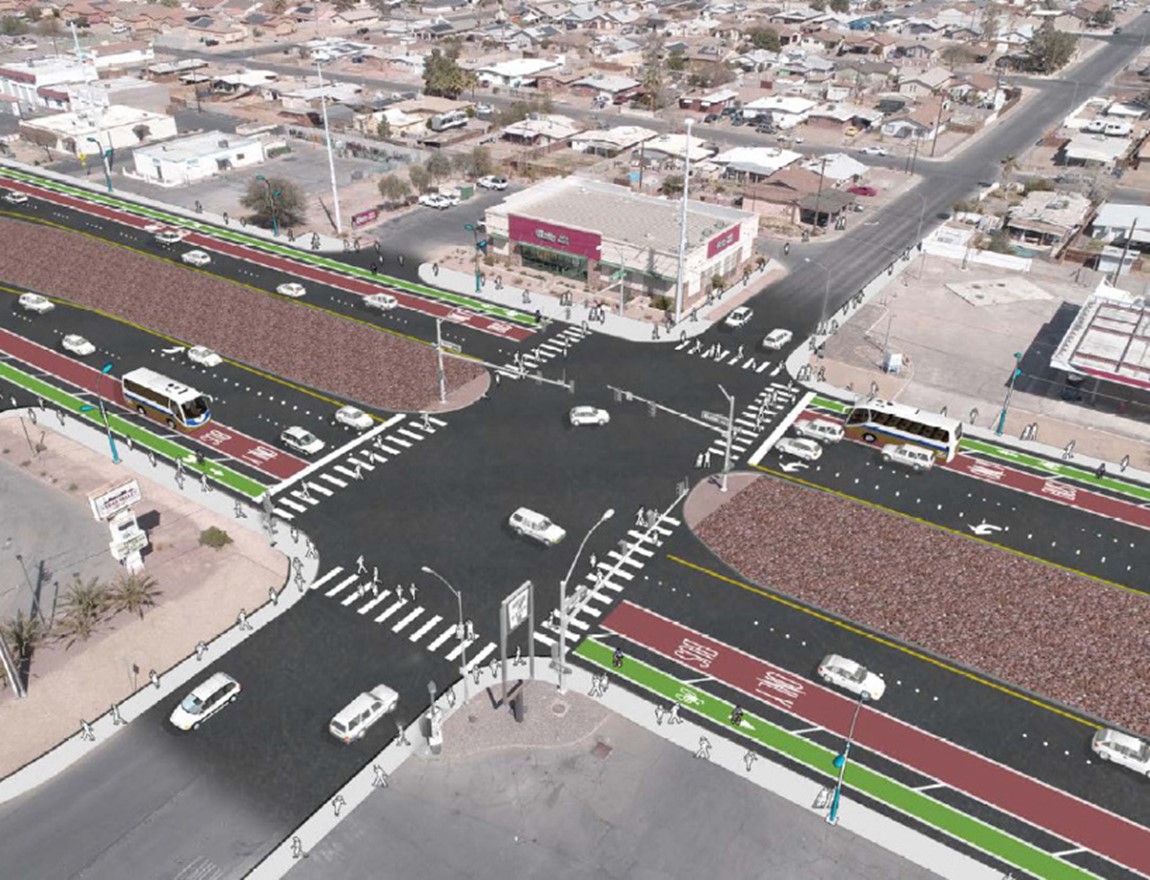 Buttigieg also set the INFRA awards in the broader context of infrastructure funding, saying that the INFRA grantees are “examples of what we could replicate at a greater scale” if Congress approves that infrastructure framework.

The grants are DOT’s proposed awards. Under the Fixing America’s Surface Transportation Act, which created the program, Congress has 60 days to review the selections. After that period, if Congress does not object to the department’s proposals, DOT can start to obligate the funds.