The Family that Paves Together…

In 1949, Bruno Mattivi began paving the streets of the San Fernando Valley during the postwar boom that saw three new industries invigorate and urbanize the Valley – motion pictures, automobiles, and aircraft. In the ensuing decade, the Valley’s population quintupled, creating the need for roads and highways to be built.

Security Paving Company, the small family-owned street improvement contracting business incorporated 73 years ago, was at the right place at the right time, and thanks to the spirited brothers who ran the business, it flourished. 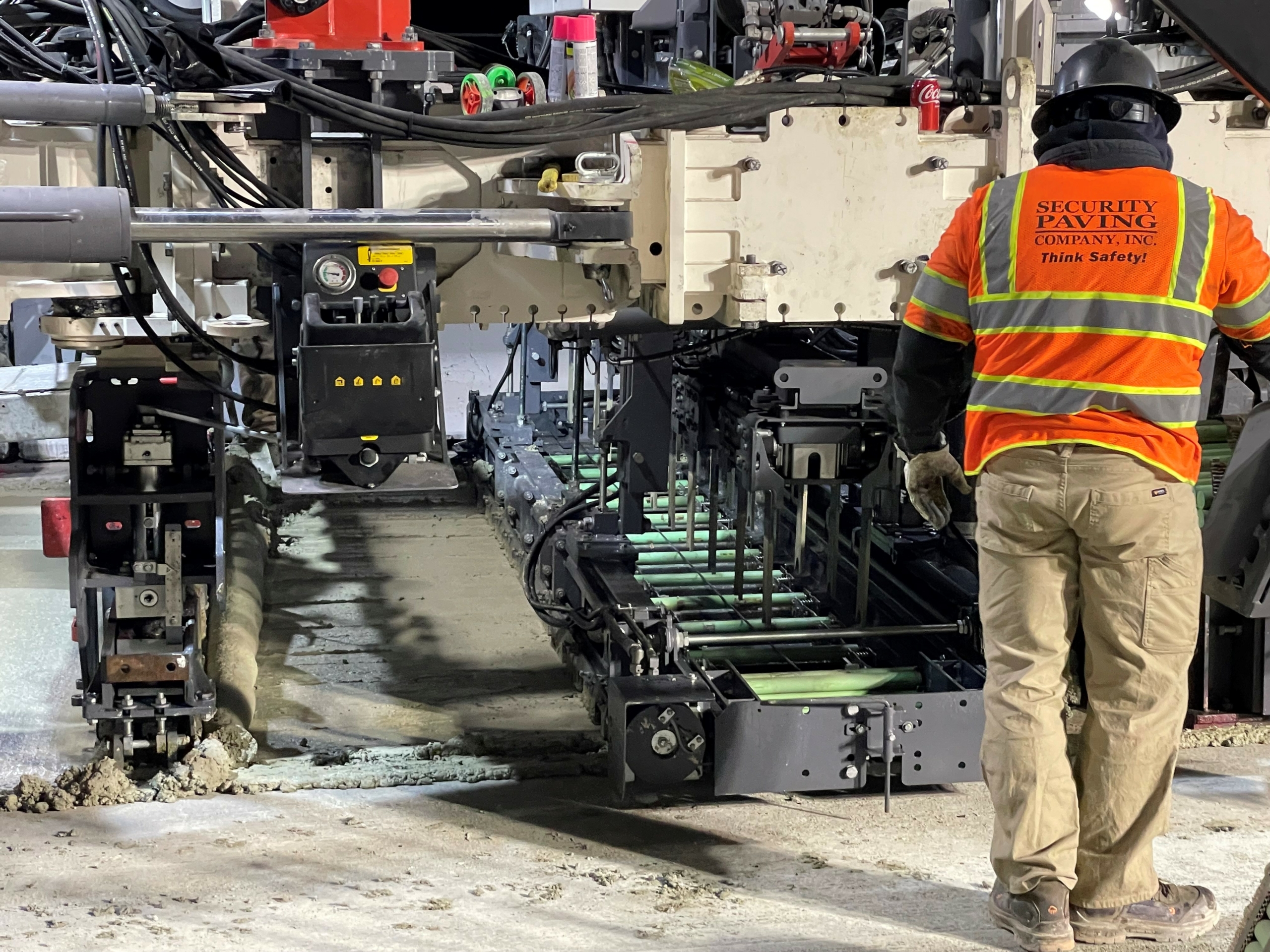 Today, Security Paving is still family-owned, with four Mattivi partners, three brothers and one cousin, all very much hands-on in the business. Mike Mattivi runs operations and his two brothers, Jason Mattivi and John Mattivi, along with cousin Tony Mattivi, are out in the field running projects.

Working alongside President Mike Mattivi in the office is Vice President Joe Ferndino, who joined Security Paving in 1986. After earning his Bachelor of Science degree in Civil Engineering from the Coulter School of Engineering at Clarkson University in upstate New York, Joe Ferndino went to work for Los Angeles County. He served as Resident Engineer on a project with Security Paving and soon thereafter joined the firm. 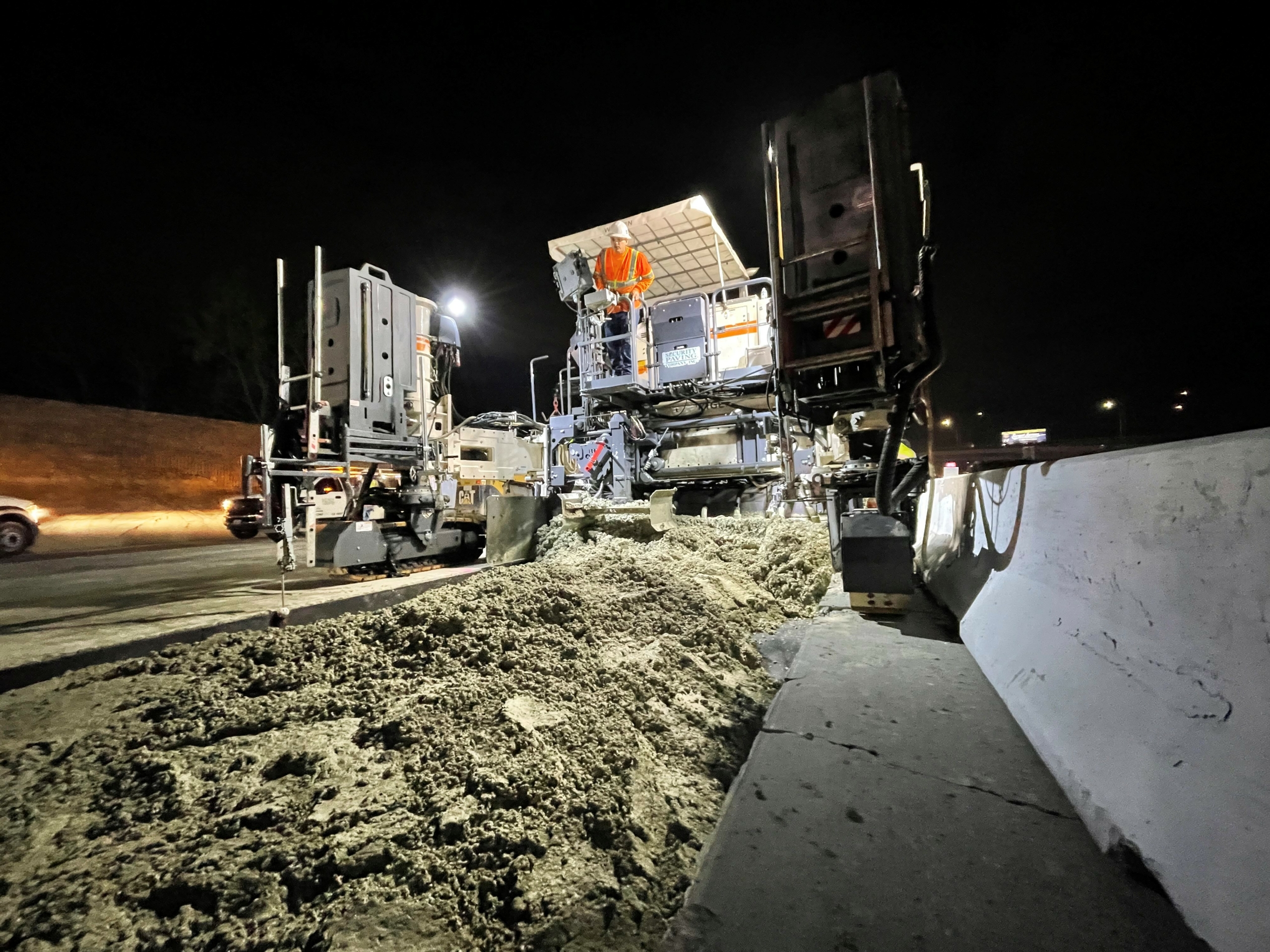 Ferndino said that Security Paving’s volume of work in 1986 was between $5 million to $7 million, with 25 employees. Today, Security Paving employs more than 600 people and performs more than $400 million in work annually. The firm evolved from doing municipal street work to performing major project work for Caltrans, becoming the largest volume heavy civil contractor for the agency for seven straight years.

When asked what he attributes the success and growth of the company to, Ferndino stated, “It’s a large company with a small company feel. The family ownership creates a facile company that is not encumbered with layers of bureaucracy and can make decisions quickly.”

“In the mid-1980s,” Ferndino continued, “all of the sons and cousins were out in the field managing projects. That created a level of ownership and pride, which was instilled into the work, and that has carried over to today’s culture and environment within the company. They love what they do, and work hard to create good partnering relationships with everyone they work with.” 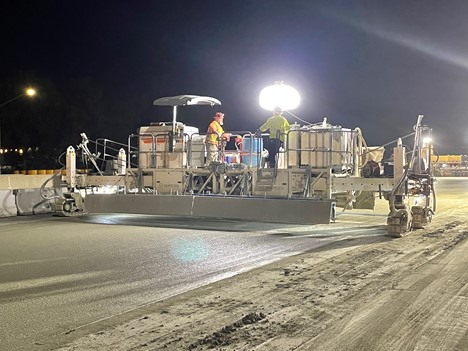 In a joint venture with Lane Construction, Security Paving is widening I-10 between the Los Angeles/San Bernadino County line and I-15, a distance of approximately 10 miles, to add two new tolled express lanes. Photos by Steve Casselman, Security Paving Company.

Ferndino emphasized that Security Paving truly does partner with owners, clients, and stakeholders, with a focus on open communication to ensure the success of their projects, whether they be traditional bid-build, design-build, CM/GC or emergency response. The company is able to remain nimble through the control of resources, materials, and equipment, along with having an in-house engineer to support all field operations.

In 1977, Security Paving started Recycled Base Materials, Inc. so they could recycle the concrete and asphalt generated from its paving projects, instead of sending the materials to landfills. The company also provides contract crushing services to other contractors, with seven portable crushing and screening plants traveling statewide. Recycled Base Materials recycles approximately three million tons of concrete and asphalt annually into reclaimed asphalt pavement – RAP, Lean Concrete Base, and Class II Base material.

Security Paving also self-performs most of their work and ensures that their employees are hired not just for one project, but as long-term team members of the company. The average tenure for a Security Paving employee is 15+ years. In a time when talented, experienced employees are becoming harder and harder to find to staff projects, Security Paving has built a strong team that ensures that they can not only adequately staff a job, but do so with the specifically trained and experienced crews that the job requires.

Today, the company is building larger projects than they ever have and, with the strength of seven decades of experience, have laid a solid foundation for success in the future.