As the negative effects of climate change become more impactful on our daily lives, it has become vital that we build more resilient, longer-lasting infrastructure using materials with much lower carbon footprints. In California, we are frequently reminded of the increasing threats from wildfires, droughts, sea-level rise, flooding, and extreme weather events.

One of the causes of greenhouse gas (GHG) emissions is cement production, which in California accounts for 1.8% of the state’s total emissions. Since cement is used in concrete, any reduction in the GHG emissions of our cement will directly benefit the concrete used to build our transportation infrastructure.

The Southwest Concrete Pavement Association (SWCPA) and the California and Nevada Cement Association (CNCA) are working with their members, Caltrans, manufacturers, policy makers, and other involved entities to achieve this very important goal.

How does it work? Simple explanation: Additional limestone is added to Portland Cement, during the manufacturing process, bringing the limestone content up t o as much as 15% of the cement. Subsequently, PLC reduces the cement production’s GHG emissions by as much as 10% to 12%. 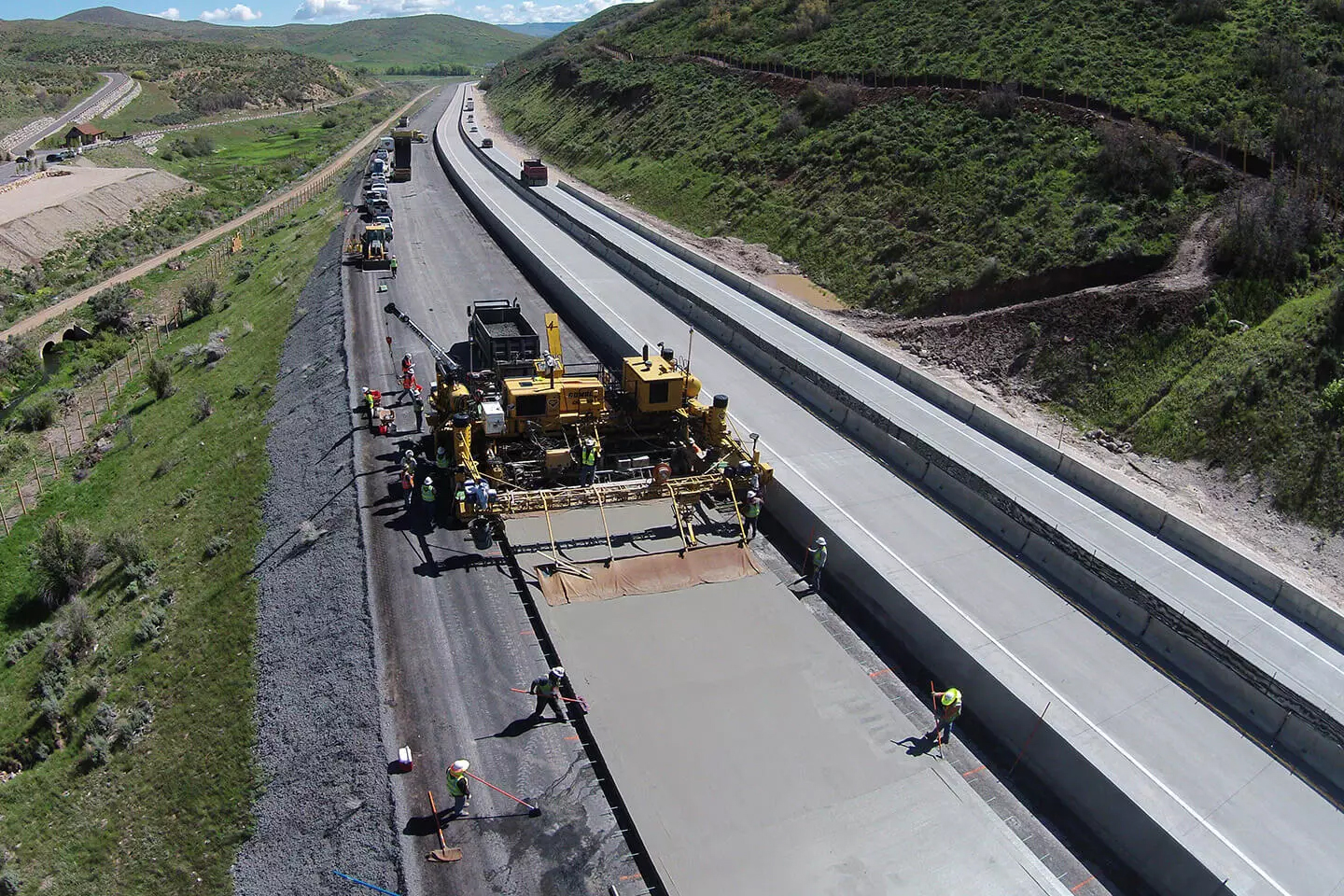 Proven Commodity
PLC is not a new thing. European nations started using PLC in the 1960s with subsequent  proven performance. Canada approved the use of Portland Limestone Cement in 2007 and the adoption there has grown substantially. Here in the United States, in 2008, the Colorado, Utah, and Oklahoma Departments of Transportation adopted it, and PLC is now approved by the FAA, AIA, ACI, ICC, and 33 state departments of transportation.

What kind of change can we expect to see in California with PLC in the mix? When adopted in the California market, PLC has the potential to reduce GHG emissions by almost 10 million metric tons by 2030.

Designers Need to Spec PLC
But before we can start reducing cement’s CO2 impact, the design community in California needs to step up and specify PLC. Without their partnership, the change we need to make won’t happen. It’s as simple as replacing traditional Portland Cement (ASTM C150) specification with Portland Limestone Cement (ASTM C595).

“Impact of Use of Portland Limestone Cement on Concrete Performance as Plain or Reinforced Material”
An in-depth, Oregon State University (OSU) College of Engineering study on PLC, that began in 2016, was recently published. Caltrans partnered with the OSU research group in 2018, playing a key leadership role. Additional participants include the CNCA, the Portland Cement Association, and other industry and academic partners.

“Cement accounts for such a high level of carbon emissions because it is used extensively throughout the world,” said Jason Weiss, the Miles Lowell and Margaret Watt Edwards Distinguished Chair in Engineering, who headed the study. “We use 10 times more concrete than any other material, and it is becoming increasingly urgent that we reduce the carbon footprint of infrastructure materials.”

“Much of my work for Midwest departments of transportation showed that if PLC replaced ordinary Portland Cement and becomes widely adopted, it would be the equivalent of taking a million cars off the road from a CO2 perspective,” Weiss said.

Major Findings of the Study
The major findings of the OSU study were that PLC can be used as a direct replacement for Ordinary Portland Cement (OPC) with similar or improved performance and a reduction of the GHG emissions by 10% to 12%. PLC can replace OPC in systems containing SCM and synergies with alumina, improving performance.

In California alone, this shift to PLC and the subsequent reduction in CO2 emissions would be equivalent to taking between 141,000 to 372,000 cars off the road each year.

This is an important step for the State of California, Caltrans, and the cement and concrete industries in order to quickly and significantly reduce the state’s GHG emissions. Support for PLC’s adoption is a smart, sustainable choice.

How Much Can You Reduce Your GHG Emissions?
Recently, the CNCA helped create a tool, the CO2 Calculator, to determine a project’s GHG emissions reduction through the use of Portland Limestone Cement. To see how much CO2 reduction your concrete project would achieve using PLC, go to www.Greenercement.com.

Thanks to Tom Tietz, Nate Forrest, Clay Slocum, and Terri Zemlicka of the California Nevada Cement Association for their data and contributions to this article. Thanks also to Johanna Carson of Oregon State University for her interview with and quotes from Dr. Jason Weiss.