Highway 17, also aptly known as Santa Cruz Highway, is a heavily traveled roadway with one terminus at the intersection of I-280 and I-880 in Silicon Valley’s San Jose and the other at its connection with Highway 1 in Santa Cruz. It serves as one of the main thoroughfares between the South Bay Area and the coastal communities on Monterey Bay, winding over the Santa Cruz Mountains enroute.

The region in which it travels is on the Pacific side of the San Andreas Fault, just south of Big Basin Redwoods State Park, its mountainous route running through both the Bear Creek Redwoods and Sierra Azul Open Space Preserves. Throughout this region there is an abundance of wildlife, including mountain lions, bobcats, bears, deer, foxes, coyotes, and raccoons. 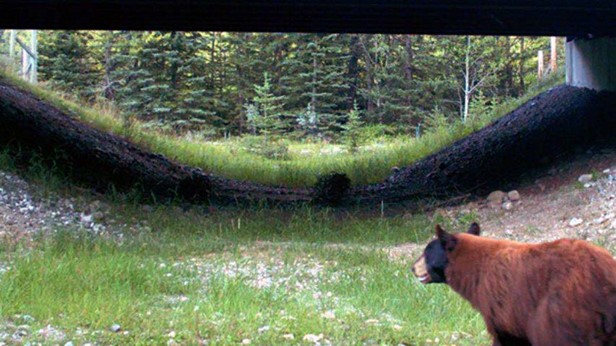 A conceptual compilation of what The Laurel Curve Wildlife Undercrossing will look like when completed.

A busy highway cutting through a forested, mountain wildlife habitat can create treacherous situations for both motorists and the animals that cross the roadway, resulting too often in wildlife-vehicle collisions. To mitigate this danger, a partnership was formed to develop and build a pathway that would enable wildlife to safely pass beneath Highway 17.

Caltrans, the California Natural Resources Agency, the Land Trust of Santa Cruz County, the Santa Cruz Regional Transportation Commission, Pathways for Wildlife, the UC Santa Cruz Puma Project, and the California Department of Fish and Wildlife all joined together to make this happen.

There is a natural pathway animals follow in the region called the Wildlife Highway that spans the Santa Cruz Mountains and extends south to the Gabilan Range. The Wildlife Highway usually follows sloping drainage contours and there is one such drainage at Highway 17’s Laurel Curve. Land on both sides of the roadway at this point, nearly 460 acres, has been preserved in a conservation easement by the Land Trust of Santa Cruz County, making the location an ideal spot to build a wildlife undercrossing. 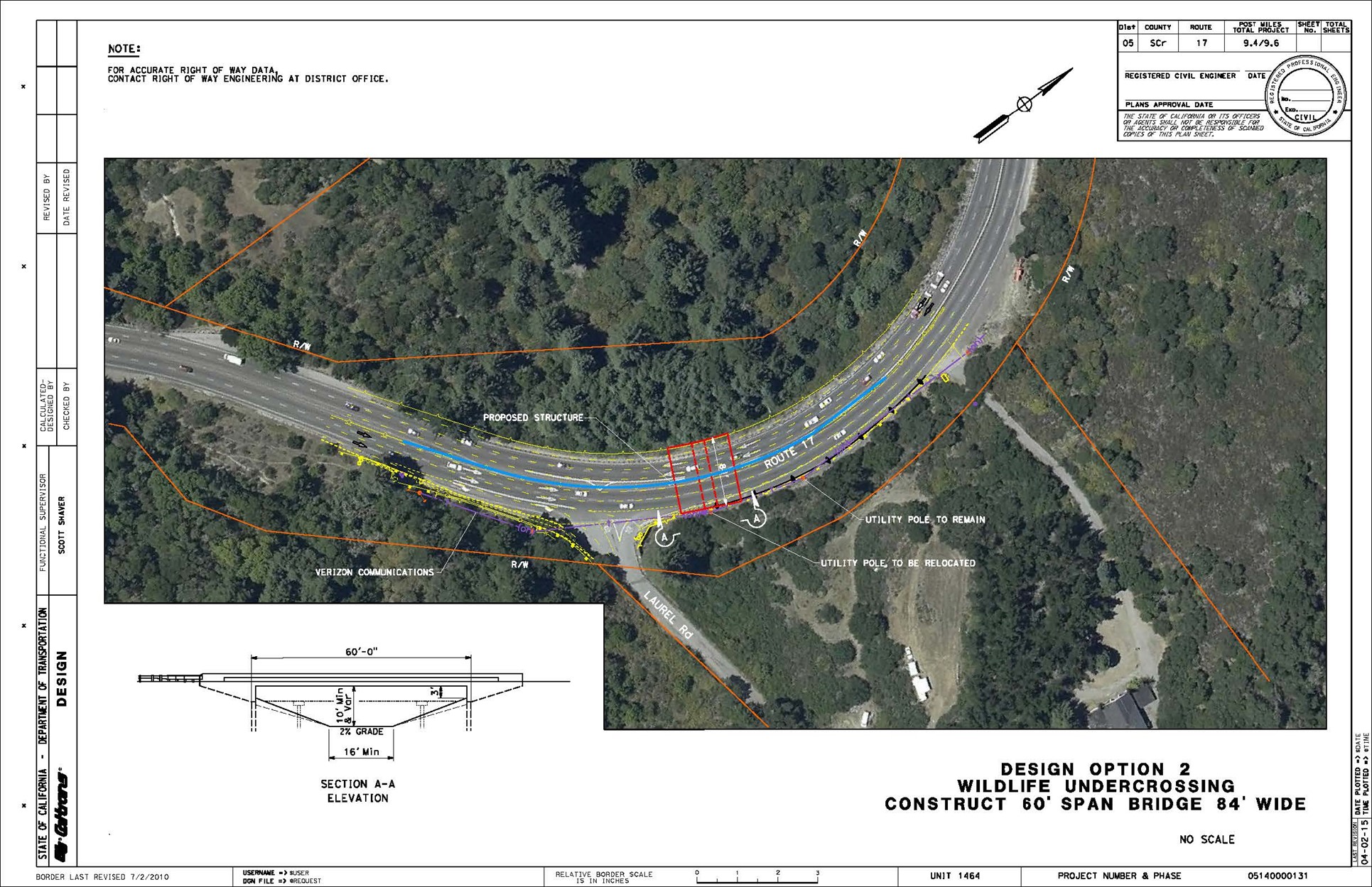 “For a long time, scientists have known that Laurel Curve is a critically dangerous intersection for animals traveling along the Wildlife Highway,” said Land Trust of Santa Cruz County Executive Director Sarah Newkirk. “Wildlife crossings were not commonplace in California, and – with the help of our supporters and partners – we had to write the playbook as we went. The Land Trust took a calculated risk – that by securing land on both sides of the highway, we could facilitate a wildlife crossing project with Caltrans.”

The Laurel Curve Wildlife Undercrossing will allow animals to safely travel under Highway 17 throughout their natural habitat and minimize, if not totally eliminate, any passage over the roadway, thereby minimizing the risk of wildlife-vehicle collisions as much as feasibly possible.

“This unique and innovative project is the result of community collaboration and aligns with Caltrans’ commitment to safety and respect for the environment,” said Caltrans Acting Director Steven Keck. “This wildlife undercrossing will reconnect habitat on both sides of the highway while helping reduce wildlife-vehicle collisions, improving safety for the thousands of people who travel the Highway 17 corridor every day.”

Caltrans also recently broke ground on the $90-million Wallis Annenberg Wildlife Crossing that will span the 10 lanes of Highway 101 in Los Angeles County. 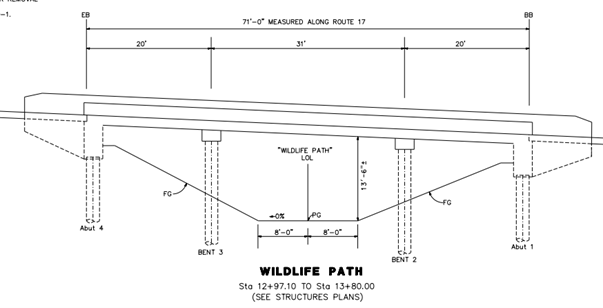 Once completed, The Laurel Curve Wildlife Undercrossing will be just over 13 feet tall at its highest point and will run approximately 85 feet in length beneath the four lanes of Highway 17. Graniterock of Watsonville began building the undercrossing structure in February and crews have already begun placing concrete supports beneath a 71-foot segment of the highway. When they’re fully in place, soil will be removed from beneath the roadways to create a bridge, under which wildlife can safely travel.

“We’re proud to play a key role in making this project a reality for the community of Santa Cruz County,” said Rachel Reed, Graniterock’s Biological Resources Project Manager. “As a company, we are strong supporters of new infrastructure that delivers environmental benefits as well as improves safety for motorists through this heavily traveled corridor.”

Pre-construction phases of the $5.4-million project were funded with Caltrans’ State Highway Operation and Protection Program (SHOPP) funds. The Santa Cruz Regional Transportation Commission will utilize voter-approved Measure D funds to leverage additional SHOPP and Land Trust dollars for construction. The Land Trust also secured $10 million in purchased property rights value, which connects the two core habitat areas on either side of the highway, and enables the land to be protected from development.

“We have long recognized that the delicate wildlife ecosystem bisected by Highway 17 put the lives of both animals and drivers at risk,” said State Assemblymember Mark Stone. “This wildlife crossing is a monumental effort put forth by the Land Trust of Santa Cruz County and its many partners to mitigate that risk by providing safe passage for these animals. Bravo!”

For a mountain lion video clip and more in-depth information on the studies, research, and planning behind The Laurel Curve Wildlife Crossing Project, go to:  https://storymaps.arcgis.com/stories/40523de82f3042629f0e5f58112f3038

Big Thanks to Kevin Drabinski, Caltrans District 5 Public Information Officer, for his significant contributions to this story.