Appearing in more than 85 films ranging from “To Live and Die in L.A.” to “Terminator 2: Judgment Day” to “The Naked Gun,” plus countless TV shows, L.A.’s iconic Sixth Street Viaduct has more movie credits than most of Hollywood’s biggest stars, and was often used to represent Los Angeles’ more gritty side.

The original Sixth Street Viaduct debuted in 1932. For the construction of the original viaduct, a concrete batch plant was located onsite to manufacture the concrete for the massive arches. Unfortunately, the aggregate used in the concrete caused a chemical reaction known as Alkali Silica Reaction, which resulted in the onset deterioration of the concrete structure after just 20 years. The science and testing of concrete that’s employed today wasn’t in existence 90 years ago, so it came as a surprise to the project engineers. After decades of attempting various costly restorative methods, all of which failed, recent studies concluded that the viaduct had a high vulnerability to failure in the event of a major earthquake, along with a resultant host of other safety deficiencies. Subsequently, in 2016, the bridge was demolished. 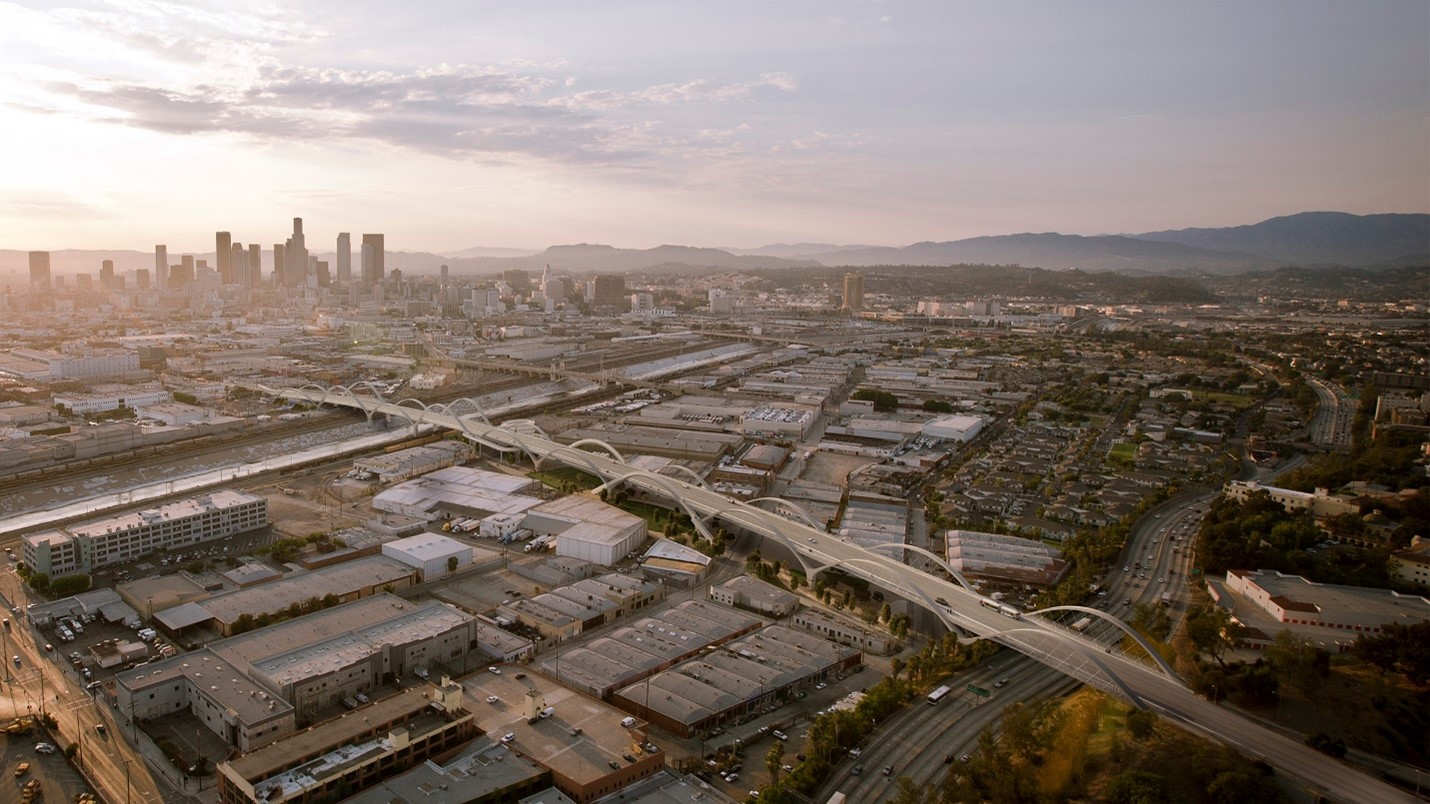 Rendering of the new Sixth Street Viaduct at dusk

The new structure is a 3,500-foot-long viaduct connecting Boyle Heights and the downtown Arts District across the Los Angeles River, and spans 18 railroad tracks operated by five different railroad agencies, which required extensive coordination during the planning and construction.

The construction of the viaduct required 27 million pounds of falsework to support the new deck and the 80-foot-wide, 30-foot-tall Y-shaped columns, which are designed to support the arches. Crews employed customized lock-up devices designed by erection engineer COWI to support each column during construction. They will now serve as shear keys to accommodate anticipated changes in the alignment of the continuous cast-in-place structure due to creep and shrinkage over the next 10 years.

To ensure stability, the viaduct piles extend an average of 150 feet underground, which is equivalent to a 15-story building. In an additional extraordinary measure to prevent damage from earthquakes, the viaduct columns and abutments use triple-friction-pendulum bearings for seismic base isolation, allowing movement of 30 inches in any lateral direction.

The viaduct’s “Ribbon of Light” design was created by the architectural firm HNTB Corp. and Los Angeles-based architect Michael Maltzan. Skanska, in a joint venture with Stacy and Witbeck, is constructing the new viaduct.

“It was necessary to take it down from a technical and safety standpoint, but there was a lot of pushback by communities who had an investment, emotionally and culturally, with the bridge,” said Maltzan. “[We needed to] create a new bridge that had as strong a character as the original bridge – one that captured the ambitions and spirit of the city.”

In an attempt to do just that, Maltzan and HNTB designed the new structure to feature 10 pairs of continuous arches stretching 300 feet long, and supported by 388 hanger cables and post-tensioning in edge girders and floor beams.

“It’s not simply a bridge crossing the river; arguably that’s one of the smallest parts of the exercise,” says Maltzan. “It was more important to not celebrate this as a line dividing the city, but as a way to knit it together.”

The new “Ribbon of Light” viaduct will have ten pairs of lit arches, bike lanes and wider sidewalks to encourage non-motorized traffic, plus supporting stairway access and bike ramps that connect to the recreational and open spaces under the bridge.

Photo by and courtesy of Joe Linton/Streetsblog L.A.

The structure’s generous spans create large areas of open space below that will become new recreational green spaces. There will be five pedestrian stairways along the length of the 3,500-foot viaduct, connecting the bridge level with the ground below. 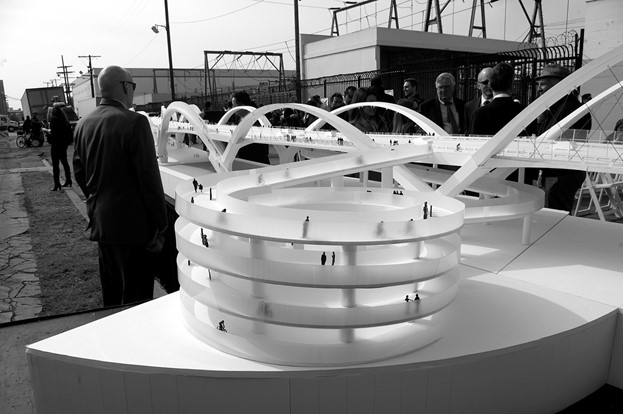 Cyclists and pedestrians spiral their way down to the ground level from the model deck of the Sixth Street Viaduct. Photo by and courtesy of Sahra Sulaiman/Streetsblog L.A.

This strategy enables a more significant degree of connectivity with the ground plane and a less prescriptive approach to landscape that will allow for expanded flexibility over time. 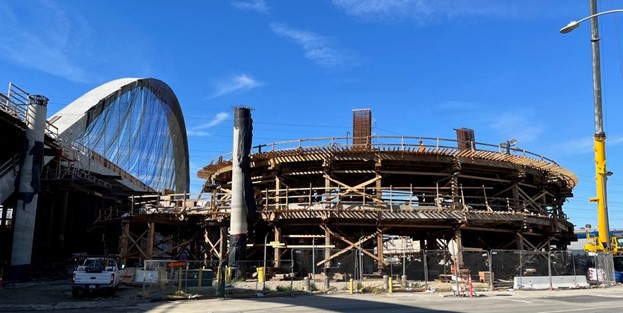 Repurposing Industrial Land for Recreational Use

A wide range of public and open space will be created under the eastern portion of the viaduct in what was an industrial zone. There will be two bike ramps for cyclists, with one ramp to the west and the Arts District, and one to the east and Boyle Heights. A new sloping River Gateway Path will link the Los Angeles River to a future arts plaza at the terminus of the viaduct in the heart of the Arts District. 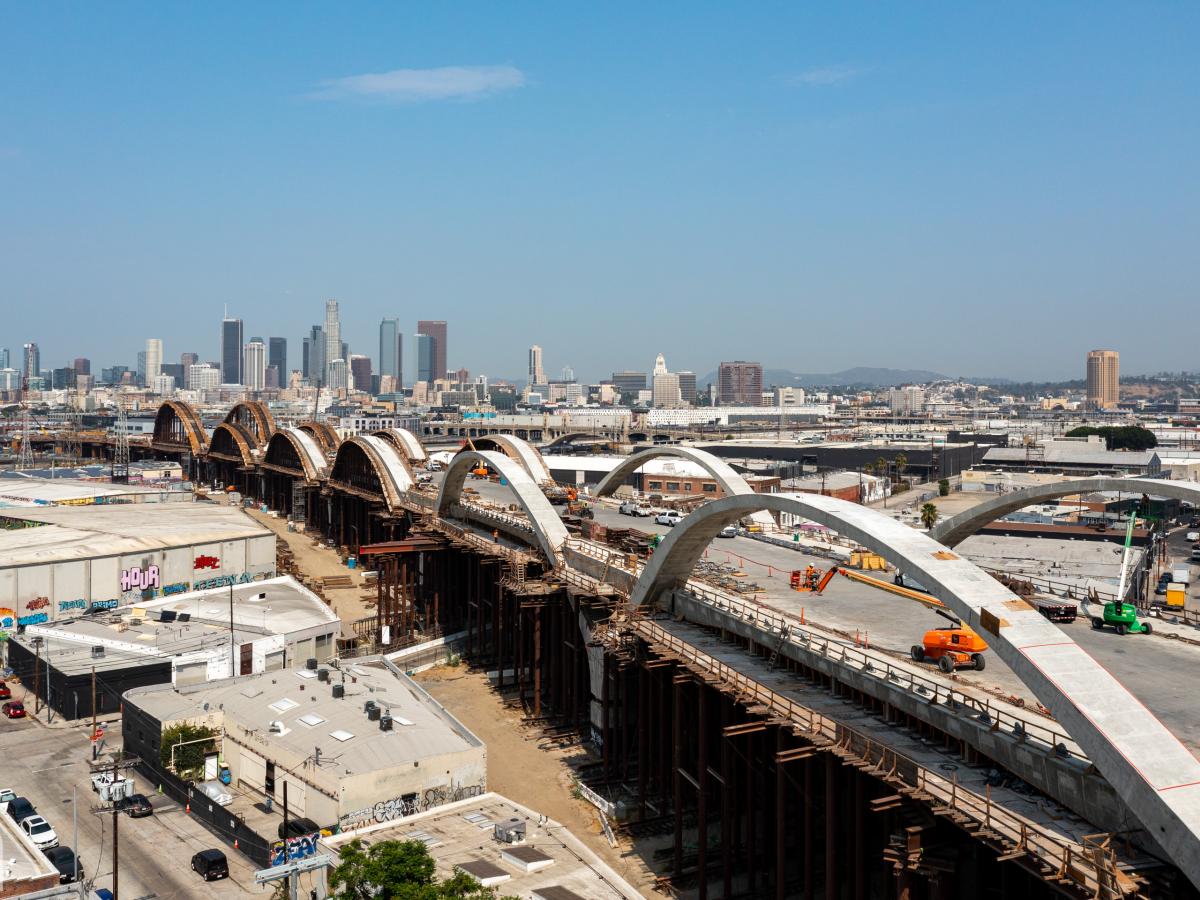 Photo by and courtesy of Hunter Kerhart

CEMEX provided more than 50,000 cubic yards of ready-mix concrete, including 6,500 cubic yards of specialized self-consolidating mix concrete that was developed to fit the bridge’s design specifications and stringent standards set by Caltrans. CEMEX is also supplying fiber concrete for the structure itself and the bridge deck, along with 67,000 tons of aggregates. When completed, more than 110,000 tons of concrete and 8,250 tons of steel will have been used to build the new Sixth Street Viaduct. 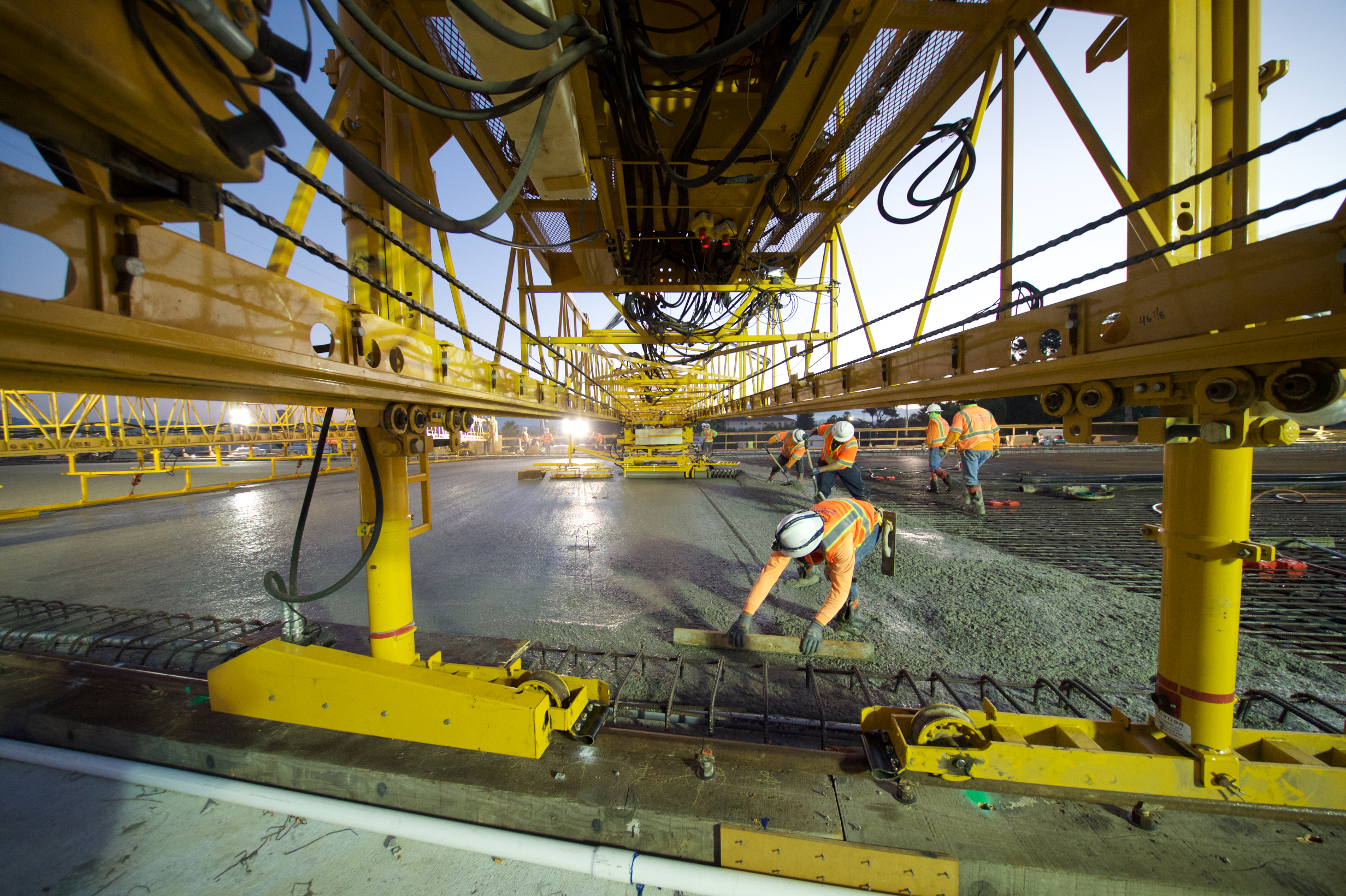 Completion Targeted for the Summer of 2022

In January, more than 65 truckloads delivered the 260 cubic yards of concrete that were poured for the last of the 20 arches on the Sixth Street Viaduct. The concrete is injected with liquid nitrogen to cool the mix down to ambient temperature to reduce the potential for cracking. Due to the formwork and intricate support system, the arches are poured at a rate of four vertical feet per hour, taking a total of 12 to 14 hours for each arch. 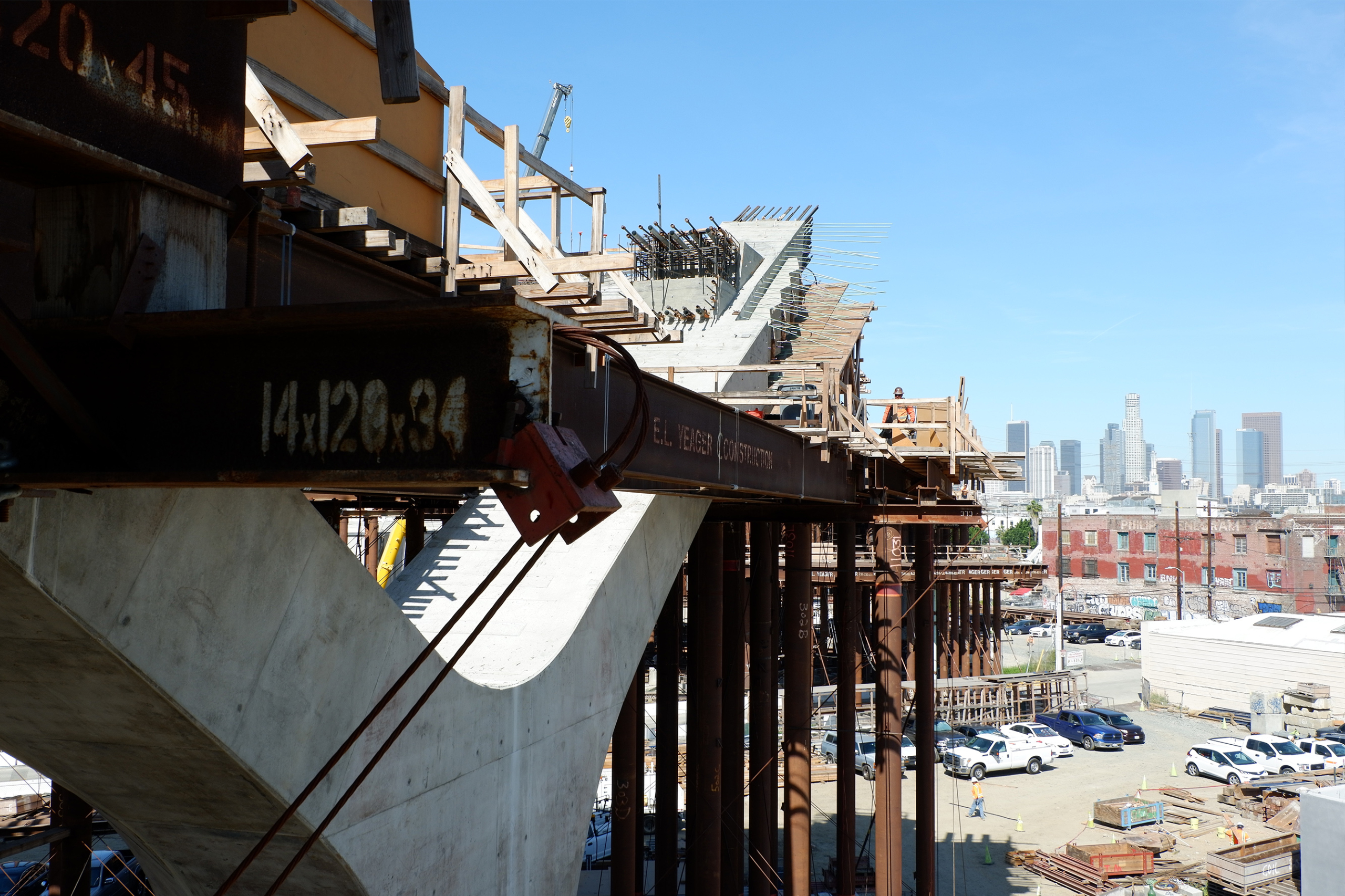 “Completing the final arch is a tremendous milestone for the project and for our entire team,” said Gary Lee Moore, City Engineer, who is leading the project. “These arches are not only beautiful, but they provide structural support for the viaduct’s deck. We are looking forward to lighting the arches when we celebrate the opening of the viaduct in the summer of 2022.”

Once the new Sixth Street Viaduct is completed, the City of Los Angeles Bureau of Engineering will begin construction of the 12-acre Sixth Street PARC (Park, Arts, River, and Connectivity) Improvements Project under the viaduct, which will provide access to the Los Angeles River, offer a showcase for public art, host recreational events, and more. The PARC Project recently received $8.5 million in grants from Prop 68’s Statewide Park Program. 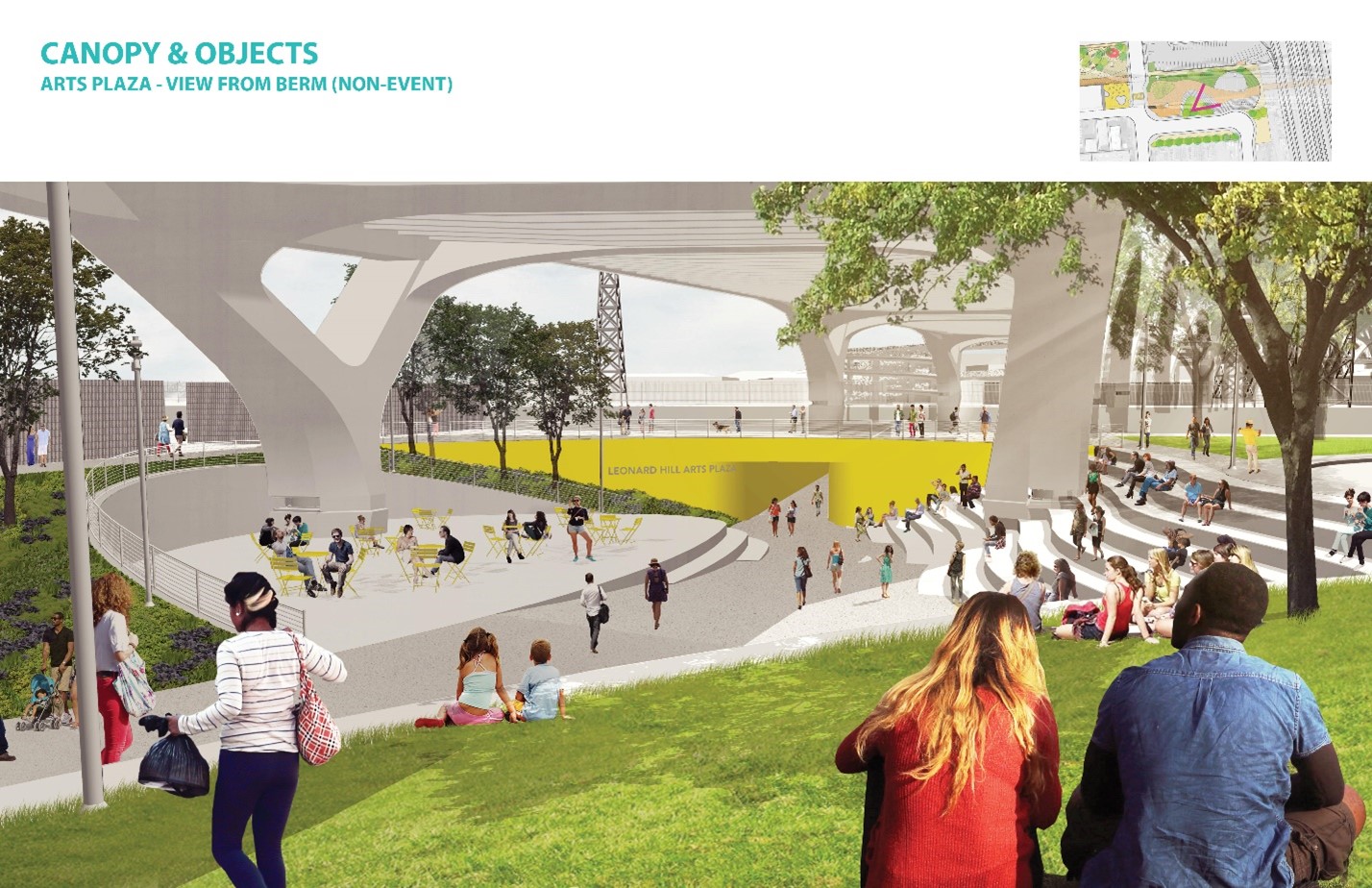 According to the Bureau of Engineering’s plans, the downtown side of the Sixth Street Viaduct Park will include a rain garden, planted seating area, a play and performance lawn, a sculpture garden, a cafe and restrooms, a sloped river gateway, an urban forest, and terraces. 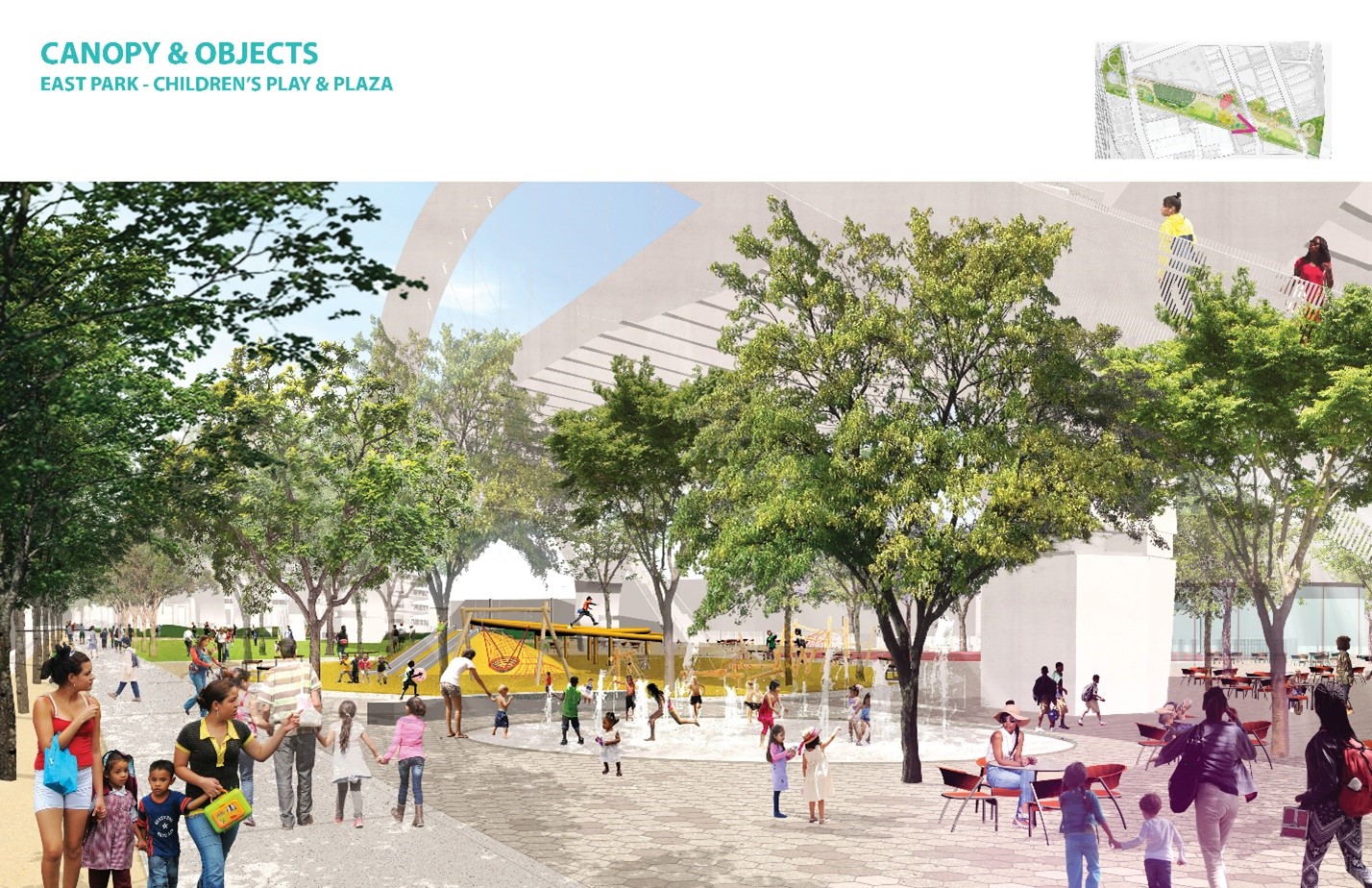 On the Boyle Heights side, the park’s plans include a skateboard park, a picnic area, a synthetic turf soccer field, sports courts, a play and performance lawn, a children’s play area, a promenade, a landscaped seating area, an adult fitness area, a rain garden, a dog park, and grilling spaces. 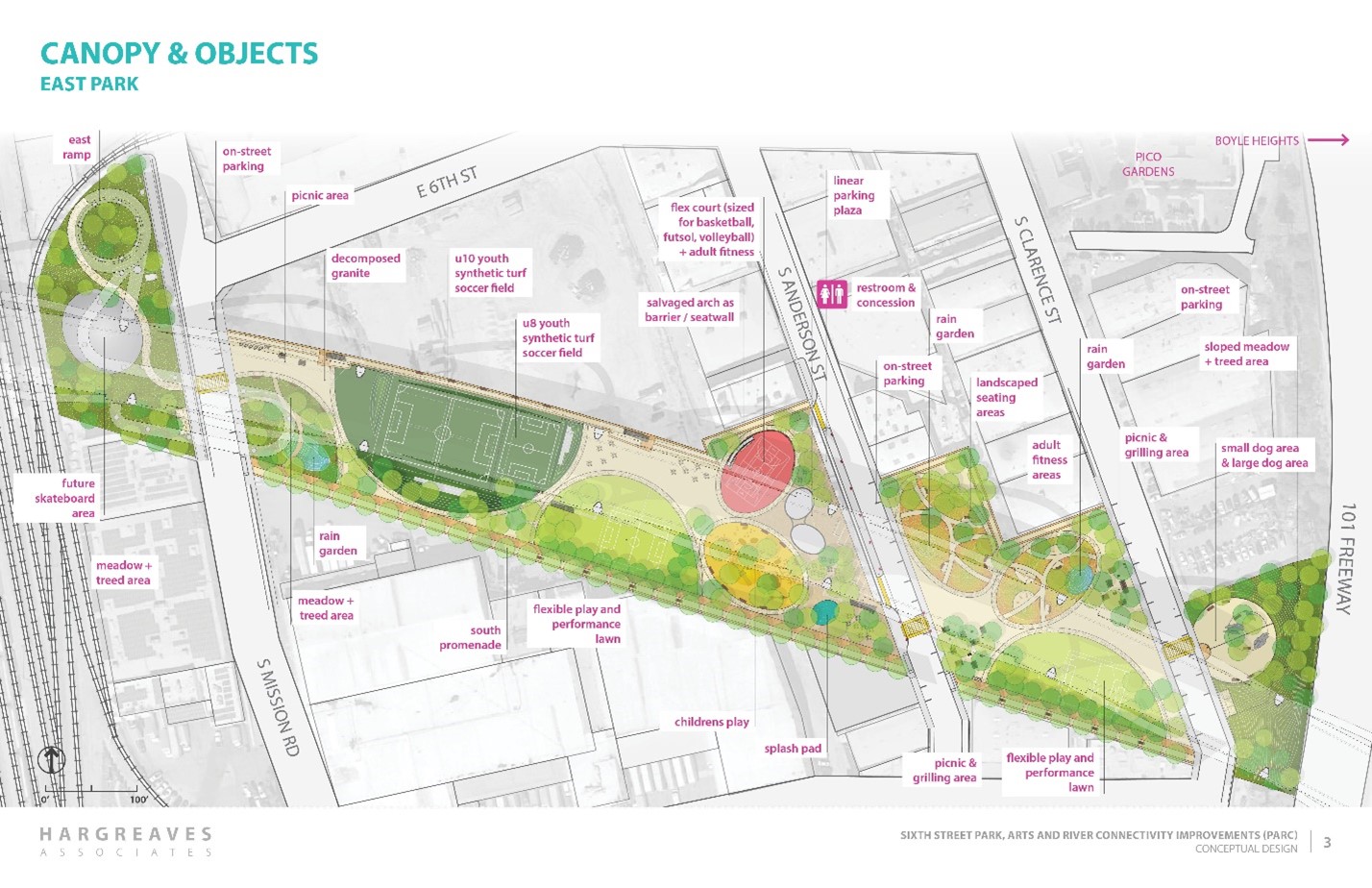 The City of Los Angeles Bureau of Engineering is partnering with viaduct contractors Skanska USA and Stacy and Witbeck on the construction of the PARC Improvements Project.